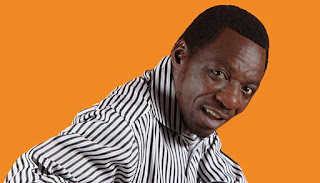 Veteran artist and King of Sungura, Alick Macheso will date his Masvingo fans on November 03 with his latest album which he seeks to reintroduce to the city at Caravan Park.
The ‘Tsoka dzerwendo’ hit maker will be back in town for the second time where he is expected to sample songs from his trending album ‘Dzinosvitsa kure’ which was launched in July this year.
The Sungura maestro is expected to put up a well-choreographed act which will be curtain raised by local afro fusion band, Panhimbe Crew, who left music lovers clamouring for more at the recently-held Lake October Festival.
Baba Shero, as Macheso is affectionately known in the music industry, comes back by public demand after his album lived to the billing and has received vast airplay on local radio stations.
Speaking to TellZim News, Macheso's communications and public relations manager, Tich Makahamadze confirmed the event.
“We are coming back for the second time this year to Masvingo with the album. Masvingo is our second home and we have decided to reunite with our fans. We hope that our fans will come in their numbers to witness Orchestra Mberikwazvo doing what they know best”, said Makahamadze.
Event organiser, Rudo 'Lulu' Shoko of Lulu Events said preparations were at an advance stage and called on all Sungura fans from in and around Masvingo to come and support.
“We are almost done with the preparations. Our patrons know that we don’t disappoint so we urge all those who want to witness a great performance by the giant to come and see the King of Sungura doing what he knows best,” said Lulu.
Share !