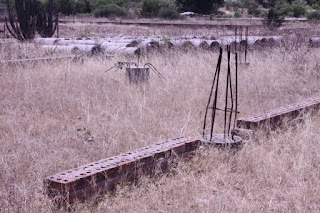 BULAWAYO - The people of Eskhoveni in Umzingwani district last week spoke at the Health and Child Care 2019 consultative meeting saying their hospital building was just an old farmhouse built in 1925 and now converted to a medical facility in response to the dire need.
They made it clear they were not impressed by the service delivery levels in the area, saying like most parts of Matabeleland province, their area was marginalised.
They said they had been making calls for a decent hospital and ambulances but nothing had been done for them.
Others said the amenities in the district were inadequate for a population of over 65 000 people, most of them being 45km from the nearest health centre.
District Medical Officer (DMO) Dr Simbarashe Sanyamandwe, told the 10-member parliamentary portfolio committee on health that much of the few available ambulances in the district were donated by Non-Governmental Organisations (NGOs). He also said the types of the vehicles were expensive to maintain.
“During holidays and festive seasons we get so busy that even the available staff become overwhelmed. The hospital mortuary is not in the best of conditions and many people cannot afford the services of private funeral services providers like Nyaradzo.
“The district’s health amenities are short-staffed so we appeal that the training and recruitment of nurses and nurse aides be done at local level. Locally-recruited staff would be better positioned to care for their own people and the understanding would be greater. The general feeling for now is that many of the staff members are from Mashonaland provinces, and they are not well-conversant with local languages,” he said.
The parliamentary portfolio committee proceeded to Lupane where similar grievances were heard. Blame for most of the service delivery shortcomings was laid on the government doorstep, with many participants saying election promises were never fulfilled.
The Lupane General Hospital project, which was initiated back in 2006, still remains incomplete at foundation level, with other structures that are at an advanced state of completion already showing signs of decay.
“The situation of the hospital is similar to that of Ekusileni Hospital which was built by our father Dr Joshua Nkomo. It was completed more than 15 years ago but up to now, it is still closed because of selfish political reasons,” one Lupane resident said.
It was also revealed that St Luke’s Hospital was not only serving people of Lupane but others from such malaria-prone areas as Inyati and Tsholotsho and Binga.
In all six centres visited by the portfolio committee, local authority executives complained that government had largely neglected the health sector, with council clinics having to sustain themselves on the meagre Result Based Fund (RBF)
Umzingwani Rural District Council (RDC) Chief Executive Officer, Ndumiso Mpofu said much needed to be done to fight diseases in light of the proliferation of septic tanks in highly populated areas.
It was clear, however, that most people were worried by the unavailability of medicines, inadequate manpower in hospitals and lack of proper equipment in hospitals.
Others also lamented the new US dollar payment demands being made by pharmacies, saying many people could no longer afford critical medication as a result.
At Mpilo Hospital, a participant said the 2019 budget should channel as much resources towards the fight against diabetes as towards the fight against HIV and Aids.
It was also noted that the government directive for free maternal health services was putting severe strain on the hospital, with many pregnant mothers running the risk of infections as they have to sleep on the floor due to shortages of space and beds.
People said insufficient staff also meant more strain on the available nurses and doctors, with patients receiving below optimum care as a result.
The portfolio committee’s acting chairperson, Dingilizwe Tshuma later told this publication that government ought to meet the 15 percent budgetary allocation target for the health sector as espoused by the Abuja Declaration of 2001.
Government has been giving an average of between six and seven percent of the country’s money to the health sector. Many of the country’s public health facilities are rundown as a result, with overburdened nurses and doctors having to do with little or no medicines.
Government officials and other rich people do not use the country’s hospitals, choosing to fly to South Africa, Asia and Europe for their treatment.