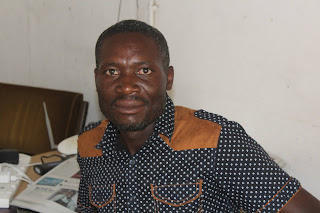 The Zimbabwe National Teachers’ Union (Zinatu) has tabled a list of demands that it says must be met by government as a matter of urgency to prevent potentially destabilising actions in the education sector.
Among other things, the union demanded that teachers be paid in US dollars and that the three months’ vacation leave days removed by government in 2016 be restored.
Zinatu secretary general, Livison Maunganidze told TellZim News that salaries have to be paid in real US dollars from now going forward.
He said it was perplexing that government was ignoring the predicament of teachers and choosing to play politics by insisting that all teachers’ unions engage in collective bargaining through the ‘discredited’ Apex Council.
The five main teachers’ unions in the country; Zimbabwe Teachers Association (Zimta), Progressive Teachers Union of Zimbabwe (PTUZ), Amalgamated Rural Teachers Union of Zimbabwe (Artuz) and Zinatu are divided over the Apex Council.
Zimta argues the only viable option at the moment is to negotiate through the Apex Council, while the others - especially PTUZ - feel the council has been captured by State interests and can therefore not be relied on as a platform for effective collective bargaining.
In April this year, teachers’ unions coalesced and formed an umbrella body called the Federation of Zimbabwe Educators’ Union (Fozeu) to push for improved working conditions without the Apex Council, but government has refused to recognise the new body, triggering divisions between the member unions.
“We are in a crisis. The buying power of teachers has massively declined due to inflationary pressures that the bond note and RTGS are failing to withstand. We are, therefore, making a request to be paid our salaries in real US dollars,” said Maunganidze.
The Progressive Teachers’ Union of Zimbabwe (PTUZ) was the first to request that educators be paid in US dollars but government has ignored the request.
On vacation leave, Maunganidze said the union was not going back on its demand for government to restore normal vacation leave days for teachers.
“Teachers are allowed to take only a month’s leave instead of a full term leave and that is unjustifiable. It’s a grossly unfair labour practice and we urge Minister Mavhima to expedite the restoration of our rights,” Maunganidze said.
Government deferred the three-month’s vacation leave ostensibly to cut costs, arguing that it did not have enough money to pay relief teachers for the three months when the fulltime teachers would be away.
“The minister must also revisit the issue of study leave because we used to have a three-quarter salary when on study leave but all that has been taken away from us. The ministry has destroyed the spirit of staff development.
“The ministry is also taking too much time to debunch teachers. We have been sending copies and copies of certificates hoping they will do something but nothing is forthcoming except empty promises,” Maunganidze said.
Debunching refers to the placement of teachers into different salary grades in accordance with the level of their qualifications as well as work experience.
“Currently, someone fresh from college assumes the same grade with somebody who has served the ministry for more than five years. That is very unfair,” Maunganidze said.