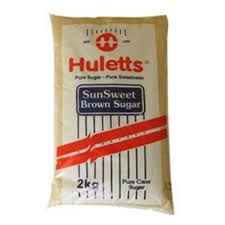 …say they have enough for three years

Upenyu Chaota
The ammendment of Statutory Instrument (SI) 122 of 2017 to allow individuals and companies with offshore accounts and free funds to import specified basic goods among them sugar has put government on a collision course with the Lowveld sugarcane farmers who say they have enough supply for the next three years.
Speaking during a business forum organised by the Minister of State for Masvingo Provincial Affairs Ezra Chadzamira, Commercial Sugarcane Association of Zimbabwe (CSAZ) chairperson Admore Hwarare challenged the government on the wisdom of allowing imports.
Hwarare said the sugar that was being sold at high prices was not theirs as they supply to retailers with a favourable prices of not more than $2 per kg.
“It is important to consult first before implementing policies. You deliberated in Harare and decided to import sugar without first asking the farmers who have more than enough supply.
“We have enough stock that can supply the country for the next three years and the government decided to have sugar imported. We should not import sugar at all because our farmers have enough.
“We are still selling sugar from last year and we have not touched a single granule from this year,” said Hwarare.
He said the government should protect locally-produced goods especially if they existed in abundance.
Tongaat Hulett acting managing director, Aiden Mhere also weighed in saying there was no order in the value chain and the government had to step in and restore sanity.
“There is no order in the value chain. We need equitable sharing of value. We supply them with sugar at $2 and they sell at absurd prices. We need control,” said Mhere.
The Minister of Higher and Tertiary Education, Amon Murwira defended the government’s decision saying there was no sugar on the shelves and the government had to act.
“What we observed as the government is that the goods were not on the shelves and we had to act. You cannot hold people to ransom over your business.You say you have enough sugar but why was it not on the shelves,” said Murwira.
Great Zimbabwe University (GZU) vice chancellor Professor Rungano Zvobgo challenged sugar farmers to go and flood the shops with sugar so that queues could disappear.
“We have enough supply but we see people queuing for sugar. Let us flood the market with sugar so that the queues we see can disappear. This will also see the price dropping,” said Zvobgo.
Share !