Home » Entertainment » Vharazipi off the hook 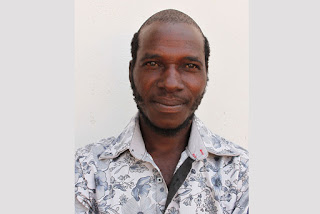 Brighton Chiseva
David Dzatsunga, one of the Ziya Arts Cultural Trust, trustees who had been suing the other three trustees that included David Mubaiwa popularly known as Vharazipi has withdrawn his case.
The other two trusts whom Dzatsunga was suing are Wellington Chindara and Kumbirai Chikonye.
Vharazipi and his colleagues were facing a $218 000 lawsuit for compact discs (CDs) that he allegedly sold on behalf of Ziya Cultural Arts Trust but converted the money to his own personal use.
According to the notice of withdrawal, Ziya Cultural Arts Trust, as the plaintiff, withdrew all the charges at the end of last month.
“Take notice that the plaintiff on this 30th day of October 2018 withdraws all the five claims filed against the defendants in this matter,” reads the notice.
Dzatsunga had, at one point, obtained a default judgement where several goods belonging to Vharazipi were attached but the comedian later managed to obtain an interdict through his lawyer Yolanda Chandata.
On the latest developments, Chandata said they had managed to convince the pretrial conference that Dzatsunga had no case.
In his defence, Vharazipi and his fellow defendants pointed out that Dzatsuga was a mere trustee who could therefore not sue the other three in the name of the trust.
They also argued that they had not produced the number of copies which Dzatsunga claimed and there was no way they could have sold all the copies produced.
It is in this light that Dzatsunga saw that he had no case and decided to withdraw all the charges.