Chivi man in trouble for gathering firewood on sacred mountain 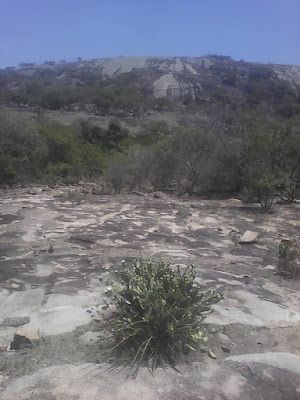 Mupfure Mountain is host to a sacred shrine

Peter Chawapiwa
CHIVI - A local man was recently convicted by a traditional leader on his own guilty plea and was fined a cow for desecrating a sacred mountain.
Stephanos Mudyanembwa, of Matsveru Village, entered the guilty plea when he appeared before Headman Matsveru charged with desecrating a sacred shrine in the Mupfure Mountain.
The traditional leader's court heard that Mudyanembwa, in the company of his new wife, was spotted gathering firewood at the sacred place, something that is strongly forbidden.
Headman Matsveru ordered Mudyanembwa to pay a beast but the accused pleaded with the court for leniency saying he had no livestock.
The court then decided that he should pay four goats instead.
Local villagers, who declined to be named for fear of victimisation, said until last year there was no shrine on the mountain.
"It was only after Nehoreka (a famous local spirit medium) held his ceremony at Headman Matsveru's homestead that this sacred shrine was created.
"In fact, Nehoreka himself held part of the ceremony on the mountain and declared part of it to be sacred," said one source.
The villagers said they used to roam freely on the mountain and were finding it difficult to adjust to the new order.
"Old habits die hard. Perhaps with time, we will get used to the idea that there is a prohibited area on the mountain," said the villagers.