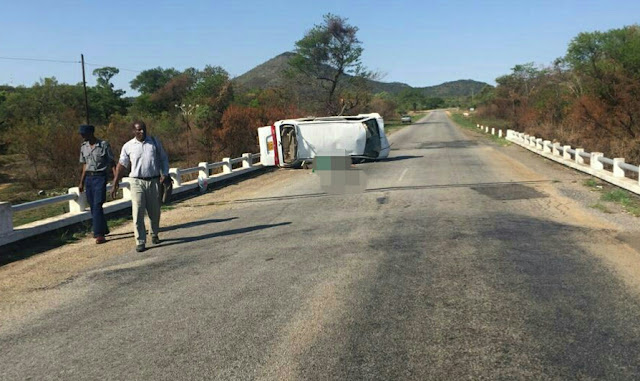 MASVINGO - Badza Primary School head Edmore Mbizvo died around midmorning today, December 20, after the Nissan Serena he was driving developed mechanical faults at the 35km peg just after Mashava along the Bulawayo-Masvingo highway.
He was 48.
Masvingo provincial police spokesperson Inspector Charity Mazula confirmed the tragic incident and called for greater caution on the roads.
“We received a report of the car crash and our thoughts are with the deceased’s family. We urge all motorists to be more careful on the roads, to avoid speeding and to ensure that their cars are in good condition before travelling,” said Mazula.
Six passengers in the vehicle, including Mbizvo’s wife, survived the crash and were admitted at Masvingo Provincial Hospital but their conditions were reported to be stable.
After developing the problems while in motion, the vehicle veered off the road to the left side, hit a bridge pillar and overturned before landing on its right side, killing Mbizvo on the spot.
He was from Badza village, Headman Watungwa under Chief Madamombe in Chivi district.
One of the survivors, Gibson Bako told TellZim News after being discharged from hospital that three of the survivors, himself included, are teachers at the same school.
“We were coming to Masvingo to do some banking and the car suddenly started to behave weirdly before overturning. It was a very bad experience,” said Bako.