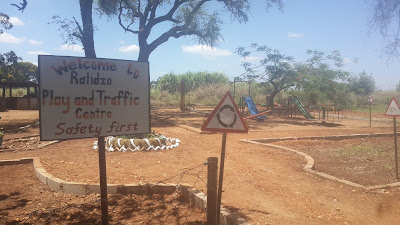 CHIREDZI - Ratidzo Primary recently received five bicycles from the Traffic Safety Council of Zimbabwe (TSCZ) to thank the school for installing a traffic centre which helps children to avoid road traffic accidents.
Addressing parents and children at the school, TSCZ Masvingo regional manager Georgina Mateta said it was the mandate of everybody to make the roads safer.
She said her organisation encouraged schools to build similar facilities; adding that 94 percent of road accidents were caused by human error (drivers, cyclists and pedestrians), five percent by defectives and one percent by bad road conditions.
“We are teaching these children the highway code because we want to catch them young so that we minimise traffic accidents involving them. We gave Ratidzo Primary School ideas as the new curriculum calls for traffic centres in schools.
“We donated five bicycles to them to appreciate their efforts towards this goal. The programme of traffic centres had died a natural death as it was only meant for A schools, for example in Masvingo province it was found at Victoria Primary, in Gweru at Cecil John Rhodes Primary, in Harare at Mt Pleasant and in Bulawayo at Congo Park,” said Mateta.
Tsungai Gono, an ECD teacher at Ratidzo Primary and a Great Zimbabwe University (GZU) Master’s student, is the brain behind the traffic centre.
“I took the idea because my Master’s degree requires me to come up with a tangible project to help children in the community I live. I then looked around for suggestions from various stakeholders and implemented the idea. The centre has already helped more than 38 people who were about to write their provisional driver’s licences this week,” said Gono.