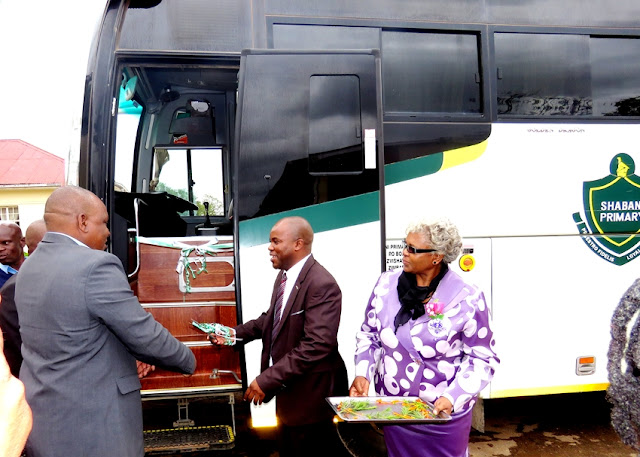 ZVISHAVANE - Shabani Primary School head, Joy Mdumo has called it a day as she has reached the retirement age of 65.
Mdumo announced her retirement on November 30 when Shabani Primary School held its annual speech and prize giving day and a hand over ceremony of the school bus which was bought last year.
Speaking at the function, Mdumo said she was happy with her time at the school and was happy to go and rest.
“I am retiring, and I am happy to that I served this school for the past 13 years. It’s time to pass on the button to someone else,” said Mdumo.
She started her teaching carrier way back in 1978 at Siboza Primary School and rose through the ranks to become deputy head at Shiku and Sasula primary schools in Zvishavane district.
Between 1992 and 1996, she was transferred to Maphisa Primary School in Sizinda, Bulawayo, where she joined her husband who was a school head in the same province.
In 1997, she was transferred to Thomas Rudland where she worked as acting school head for one year. She then came back to Zvishavane where she got promoted to substantive school head at Manyarira Primary School under chief Mazvihwa between 1998 and 2005.
She then joined Shabani Primary School in 2006 where she worked until her retirement on December 11, 2018.
During her tenure at Manyarira Primary, Mdumo won the Secretary’s Merit Award and repeated the same feat during her time at Shabani Primary.
Under Mdumo, Shabanie Primary has always been number one in the district; achieving a hundred percent pass rate in their grade seven results every year. In the Midlands province, the school has always been in the top three in terms of pass rate.
She worked well with the School Development Committee (SDC) and bought the 63-sitter school bus.