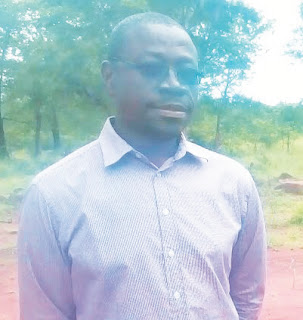 Chiredzi West Member of Parliament (MP) Farai Musikavanhu has rubbished the new town council’s efforts to improve service delivery, saying such notable development as the surfacing of West Road and the connection of Makondo and Magwaza to piped water was a result of President Emmerson Mnangagwa’s benevolence.
Addressing party supporters during celebrations of Zanu PF election victory at Chishamiso Stadium recently, Musikavanhu said corruption at the town council had reached alarming levels.
“Development is being constrained by corruption in our council. Chiredzi has broken a record on corruption. We thank President Mnangagwa who gave us $300 000 for the upgrade of water systems and $600 000 for the tarring of West Road,” said Musikavanhu.
He said there was corruption in the allocation of stands in the town and called upon the Minister of State for Masvingo Provincial Affairs, Ezra Chadzamira to help him closely monitor activities of the local authority.
Some people who spoke to TellZim News after the event, however, dismissed Musikavanhu for ‘irrational’ politicking, saying it was well known that council alone was behind the West Road and Mukondo - Magwaza projects.
“As for corruption, we can’t blame this new council which hasn’t had enough time to work. He should have said that during the tenure of former chairperson Francis Moyo,” said one resident.
Chiredzi Town Council received $592 000 from Zinara to surface West Road and $300 000 from the Public Sector Investment programme (PSIP) to upgrade the Magwaza - Makondo water systems.
In the run-up to the Zanu PF primary elections earlier this year, Moyo, who was contecting against Musikavanhu, said the former Tongaat Hulett executive could not be pointed as a model of integrity as he was involved in many corrupt deals.
Musikavanhu reportedly acquired some 20 hectares of land behind ZETDC Chiredzi offices for his relative allegedly using a $50 000 slush fund to facilitate the deal with the previous council which was chaired by Moyo.
The current council is chaired by MDC Alliance’s Gibson Hwende.