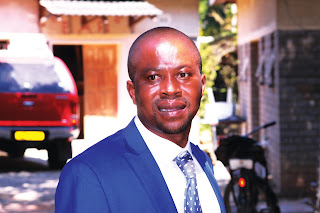 Rusape Town Council human resources (HR) manager, Togarepi Nerwande could be in trouble with the law after he reportedly assaulted one of his staff members whom he accused of breaking protocol by directly approaching Local Government minister July Moyo with complaints about salaries and working conditions.
A nurse employed by the council reportedly approached the ministry recently, angering Nerwande who then allegedly assaulted her for ‘breaking the line and procedure of communication’.
Council chairperson, Lyton Sithole confirmed the assault, saying he was around at council premises when the assault took place.
Nerwande is said to have become very angry after an ally in the ministry alerted him that a nurse had submitted a list of grievances, being the latest in a number of disgruntled Rusape employees to take their grievances straight to the parent ministry.
Rusape town secretary, Solomon Gabaza, Nerwande and the nurse were then asked to report the minister’s office the following day.
Local Government deputy minister, Jennifer Mhlanga confirmed that complaints had been submitted to her ministry, saying she will get fuller details when the trio return to her office for yet another meeting.
“I am still to deal with the issue. I am still waiting for full facts on the matter,” Mhlanga said.
This is not the first time that Nerwande has been accused of assaulting subordinates as he once allegedly bashed a Mr Chipara, an ambulance driver before firing him.