Salani has a driver's licence 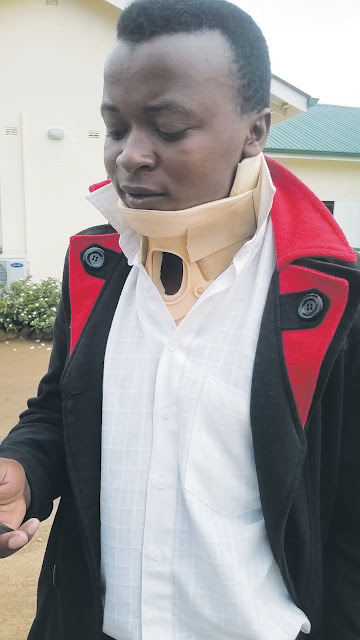 Following other thorough investigations, TellZim News has established that Courage Salani, the Mwenezi-based Granvia driver whose vehicle got involved in an accident along the Masvingo-Beitbridge highway killing five people in April 2016, actually has a driver’s licence.
This is contrary to our earlier report that Salani did not have a licence when he got into the accident.
Our sources, without any malicious motive, mixed up names and the publication regrets any inconvenience which might have been caused.
On April 04, 2016 at around 1100hrs, Salani was driving a Toyota Granvia, registration number ADS 8545, towards Beitbridge but he lost control of the vehicle at the 126 kilometre peg.
Following the evidence that was given in court by eye witnesses, this reporter however, felt the magistrate’s judgment was very lenient especially considering the claims that the vehicle was heavily overloaded.
Thus the acquittal raised suspicion of corruption.
TellZim News believes in the sanctity of truth and accuracy as professional journalistic values, and any mistake made is not made deliberately.