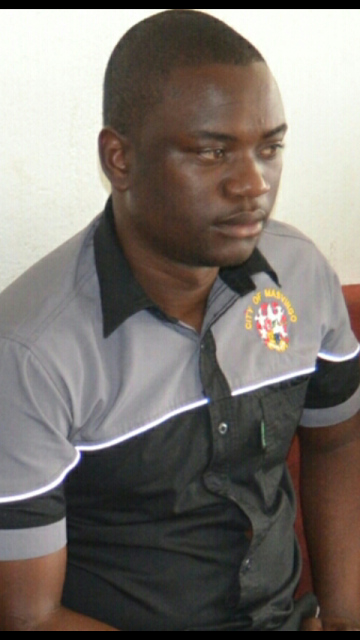 Moses Ziyambi
MDC Masvingo Urban Ward 4 councillor, Godfrey Kurauone has reportedly fled his home fearing for his life after apparently receiving death threats from Zanu PF activists and security forces at the height of the shutdown last week.
Speaking via WhatsApp, Kurauone only said he was ‘out of town’, but refused to state his exact location although there are speculations that he is in South Africa.
“Some people with malicious motives made false accusations that I blocked roads and a nasty plot was being hatched against me. I could not ignore such threats in light of the terrible things happening in Harare and elsewhere,” said Kurauone, referring to the brutal crackdown against perceived instigators of last week’s violence.
Several opposition MPs have been arrested in the crackdown that followed the violent stay-away and many activists across the country have been reported to have gone into hiding.
On the second day of the shutdown, a group of Zanu PF youths and National Youths Service members besieged the offices of the Community Tolerance, Reconciliation and Development (Cotrad) trust in Hughes Street and later brought in the police to arrest the organisation’s staff members.
Seven staff members were then taken by riot police at the supervision of the vigilante group which accused the community-based peace and rights organisation of inciting people to stay away from work and engage in violent activities.
The group was led by Zanu PF Masvingo Urban Ward 10 councillor Sengerai Manyanga, who is also the ruling party youth league provincial chairperson, and included other active ruling party youth league members like Tavara Mudukuti and Zimbabwe National Youth Service Graduates Association (ZNYSGA) public relations officer Tariro Bwerinofa.
Cotrad programmes manager, Zivanai Muzorodzi said he was surprised by the raid as the group did not commit any illegal activity.
“They forcibly got into our premises and held us hostage for some time before Manyanga went out to bring riot police. Seven staff members were detained for hours before being set free at the intervention of lawyers Collen Maboke and Martin Mureri. They however held onto to our vehicle and only released it after three days,” said Muzorodzi.
He said Cotrad was a law-abiding organisation that has never done anything outside its mandate of promoting peace and reconciliation in communities.
“We are appalled by this kind of intimidation. There is no basis in all the allegations they are making against us and that is why the police have not laid any charge against us one week after the incident. We are ready to meet them in court,” Muzorodzi said.
When contacted for comment, Bwerinofa stuck to his guns saying Cotrad had been caught ‘red-handed doing malign activities’.
“We are working to make sure that justice is delivered against the organisation which went around inciting people to barricade the roads and close schools. We have strong evidence against them and we urge the police to thoroughly do their job as we have done ours. As patriotic citizens, we could not just watch people disturbing the peace we are enjoying in the country. It is our duty to defend the country and its leadership,” said Bwerinofa.
He accused Cotrad staff members of ‘driving around in a German embassy vehicle’, apparently referring to the organisation’s Toyota D4D double cab that the police detained for three days.
He accused Cotrad of convening a meeting some few days before the shutdown to encourage people to engage in violent demonstrations and later going around intimidating schools from opening for classes.
Masvingo was largely peaceful on the day of the shutdown with few incidences of road blockages being reported in some high density residential areas. No looting incident was reported during the three-day protests against the 150 percent hike in the fuel price. 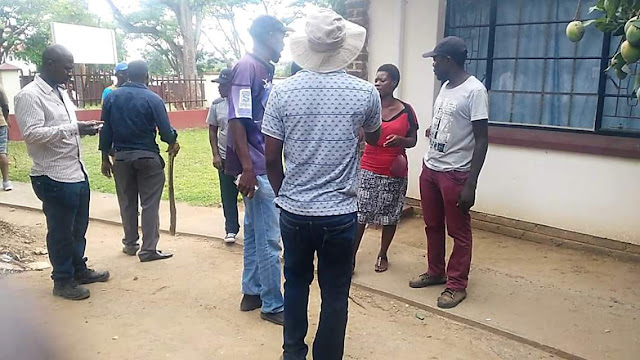