Teacher kills self in school storeroom 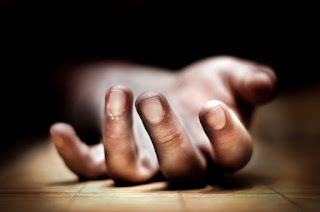 ZAKA – A female teacher at Muparuri Primary School, Rosemary  Kwangwari, committed suicide by hanging herself in the school storeroom in the early morning hours of Wednesday January 09, TellZim News has learnt.
Zaka District Schools Inspector (DSI) Samson Chidzurira confirmed the tragic incident and dismissed rumours circulating on social media that the teacher had committed suicide in the school head’s office.
“I can confirm that I received a report of a teacher who committed suicide at Muparuri School. She is believed to have been a psychiatric patient on medication. However, contrary to what is being said on social media that she committed suicide in the head’s office, she was found in the school storeroom,” said Chidzurira.
He said reports were that the teacher went to the toilet and did not come back. After noticing that she had taken too much time, her children began looking for her; searching in the toilets and surrounding places.
They then saw a light in the storeroom whose keys she kept and they found her body there.
Zaka police attended the scene.
Other sources said Kwangwari had stayed at the school for a long time and would not go home even during school holidays.
Share !