‘Chivi water among the worst’ 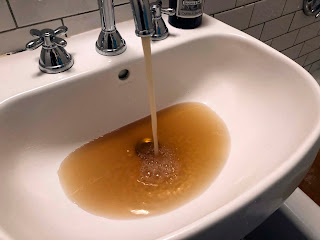 Residents of Chivi growth point have said their water stands out as the worst of all potable water that a local authority could supply to residents.
The water comes out of the taps with an uncomfortable dark colouring, leading to speculations that authorities are not observing proper treatment processes.
"The water is of poor quality and many people prefer water from protected wells. The piped water does not at all pass the eye test and we are disgusted,” said Adrian Bvumbwe, a longtime Chivi resident.
Another resident, Kenias Ruzive said it was unacceptable water was rarely available, and that when is available, it is of poor quality.
"Nobody wants to drink the water coming out of the taps. Water from the wells, even those that are not protected, is better for us,” said another resident.
Ward 30 councillor, Dr Tapiwa Murambi said while council ran affairs at the growth point, it was the Zimbabwe National Water Authority (Zinwa)’s responsibility to supply water.
"I think the best man to give you information on that is the engineer since he should be in liaison with Zinwa," Dr Murambi said.
However, the engineer, Ronald Mashapa could not be reached for comment.
Council CEO, Tariro Matavire, said an all stakeholders meeting had been convened where Zinwa explained that they were encountering difficulties in sourcing the foreign currency to import all the required water treatment chemicals.
"As it stands, some of these chemicals are not available. We would, however, like to tell our residents that the water is safe for consumption, otherwise supplies would have been stopped," Matavire said.