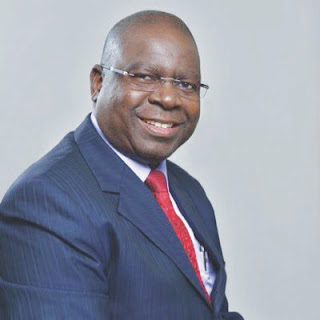 GWERU - Econet Wireless Zimbabwe Chief Executive Officer (CEO) Douglas Mboweni has called upon institutions and industries to digitalise and come up with new innovations, saying the world today demanded forward looking thought.
Speaking at the Midlands State University (MSU) Conference on Economic Transformation and Governance in Emerging Economies recently, Mboweni said digitalisation had become the language of the world.
“We are now in the world without borders due to digitalisation. So the beautiful aspect is now the joining of people to things through use of technology. The key elements to make it in development is to disrupt on a large scale because you cannot develop without disruption. So as institutions, I urge you to innovate, disrupt, transform, create and inspire. If we cannot digitalise, we can then go home and sleep,” said Mboweni whose stay at Econet saw the birth of EcoCash, which disrupted conventional banking and sparked a mobile money revolution.
The highly respected corporate executive said Zimbabwe was lagging behind in terms of technology.
“We need to upgrade ourselves and move with technology because we are lagging behind. If we say by 2030, we want to achieve this goal, we can definitely achieve it as a nation because we have been given the capacity to explain the why concept, then we instruct and strike the hub.
“The future is now in ideas. Zimbabwe has a high literacy rate but are we capitalising it to promote digital innovation in business?” said Mboweni, whose company is one of the biggest by both innovation and market capitalisation,
Permanent Secretary in the Ministry of Higher and Tertiary Education, Fanuel Tagwira said the country’s education was currently divorced from the industrial aspect.
“It’s high time our institutions get involved in the phenomenon of making industries because our education is now supposed to make goods and services. If you look at our education, you can see how divorced it is from the industrial formula. We need partnership to solve these problems,” said Tagwira.
Share !