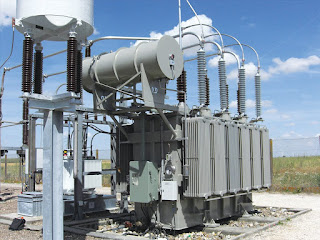 Residents of some parts of the Rujeko A high density in Masvingo disappointed by the Zimbabwe Electricity Transmission Distribution Company (ZETDC)'s failure to replace a damaged transformer in their area, resulting in them spending almost three months in the dark.
Some 125 houses in Rujeko A are affected by the problem which began with a transformer explosion on December 07, 2018.
One resident accused the Zesa subsidiary of being the most inept government parastatal, saying their Masvingo office was manned by reckless people with no regards to what is expected of their work.
"We had an electricity fault here in Rujeko on December 07 last year but up until now, ZETDC has done nothing to rectify the problem. They have condemned us to darkness for all these weeks and there is no hope they will act," said the resident.
A WhatsApp group created in a bid to get answers from the authorities has Masvingo Urban Member of Parliament (MP) Jacob Nyokanhete, Mayor Collen Maboke and Ward 7 Councillor as members.
In the group, Nyokanhete says he approached ZETDC who told him they did not have transformers, while attempts to engage the office of the Minister of Energy Jorum Gumbo also yielded nothing.
In a follow-up interview with this publication, Nyokanhete said one of the engineers told him they had dealt with a similar problem in Ward 1 (Mucheke) and were now moving to attend to the Rujeko problem.
"The last time I talked to Engineer Shungu, he only told me about the restoration of power in Ward 1 and that they were now moving on to deal with the Rujeko issue. He however did not provide any time frames.
"I am in Harare and I will try to see the Minister of Energy so that we map the way forward on the issue," said Nyokanhete.
Eastern Region ZETDC network manager Jacqueline Hlatshwayo declined to comment on the issue but referred all matters to the marketing officer.
"I am not allowed to speak to the press so let me give you the contact of our marketing officer who will help you. I will send the contact to you," said Hlatshwayo.
However, Hlatshwayo did not sent the contact as she promised and when this publication tried to make a follow up she began hanging up the calls.