Man beats up police officers, throws plate of sadza at them 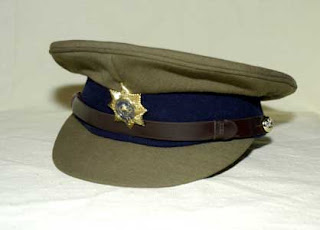 A tout has been sentenced to 105 hours of community service for resisting arrest and assaulting four police officers at Family Of God (FOG) church illegal commuter pick up point along Robert Mugabe Road.
Martin Masiyiwa (21) was charged with acting unlawfully, as defined in Section 176 of the Criminal Law (Codification and Reform) Act Chapter 9:23 and was convicted by ,magistrate Rufaro Mangwiro.
It was the State’s case that Masiyiwa is alleged to have resisted police officer Goodwell Chingwenya’s attempts to arrest him after being found touting.
The accused was further alleged to have assaulted the police officer and threw a plate of sadza on him and on another police officer identified as Philemon Madondo.
He went on to strike them on their bodies with fists and kicked a female police officer Tariro Masenda on the foreheadand. He also attacked another police officer Robbin Chamayi Mapotsa with clenched fists.
Masiyiwa, however, admitted to attacking only one officer, not all of them.
The four police officers went for medical treatment and the medical reports were expected to be produced in court as exhibits.
Andrew Ndaramira appeared for the State.