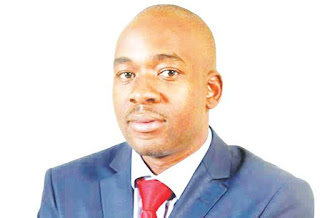 MWENEZI - The Nelson Chamisa-led MDC in the district is demanding that by-elections be held in two wards held by Zanu PF councillors who are practising teachers.
In the 2018 harmonised elections, Ward 6 was won by the ruling party’s Jorum Ncube who is a headmaster at Marinda Primary School while Ward 14 was won by Admire Matutu who is teacher-in-charge at Zvomupungu Primary School.
The two went on to be elected Mwenezi Rural District Council (RDC) chairperson and vice chairperson respectively.
The law requires that elected officials should not be employed in the civil service but the two have chosen only to resign on paper and still carry on with their teaching jobs.
The MDC insist the councillors were acting illegally and their wards should be declared vacant so that by-elections can be called.
MDC Alliance Mwenezi West district chairperson, Amos Hungwe told TellZim News his party was taking measures to have the wards declared vacant.
“By-elections must be conducted in wards 6 and 14 because the sitting councillors there are practising teachers. This is contrary to the country’s constitution. On Wednesday (January 30) we are going the have a meeting with the Mwenezi RDC CEO over that issue. Besides that, we are also going to engage all other stakeholders over the issue,” said Hungwe.
Reliable sources said despite the fact that the two councillors tendered their resignation letter’s sometime soon after the July elections, where they merely opted to remain teachers, the two have for all along been reportedly shielded by the Minister of State for Masvingo Provincial Affairs, Ezra Chadzamira.
The case is yet again another litmus test for the current administration’s commitment to the rule of law. During former President Robert Mugabe’s rule, cases where a civil servant would double as a councillor were rampant in Mwenezi district.