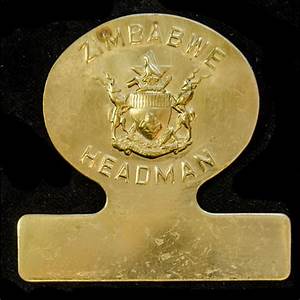 MWENEZI - Several village heads under Chief Chitanga have been unsettled by the possibility of losing their posts in the event that Julius Mpapa succeeds in reviving his own chieftainship.
To cushion themselves against the impending displacement, the unsettled village heads are now said to be wantonly selling grazing land to home-seekers
Towards the end of last year, Mpapa appointed his own headmen and village heads as part of the process to revitalise his chieftainship whose vast area has been presided over by Chief Chitanga.
This followed government’s acceptance of submissions that the Mpapa chieftainship, which was destroyed by colonial rulers, be revived.
In an interview with TellZim News, Mpapa’s secretary Nyashadzaishe Chidoni confirmed the wanton parcelling of State land by Chief Chitanga’s disgruntled village heads.
“There seems to be a bad motive behind this wanton parcelling of grazing lands by the current village heads who are Chief Chitanga’s appointees. Grazing land is being sold to villagers and others from elsewhere at varying costs. We hear others are paying for the land using cattle.
“There is need for the Ministry of Lands to quickly intervene before the situation goes out of control. In several areas of Ward 13 like Marivill, Mariot, villages 7, 8, 12 and many others, we are receiving such reports on a daily basis. The rate at which grazing land is being sold is very alarming,” said Chidoni.
Although repeated efforts to get Chief Chitanga’s side of the story were fruitless as his mobile was unreachable, people who spoke to TellZim News said many of his ‘outgoing’ village heads were involved.
They said the village heads know that their time will soon be up so they were trying to make the best out of a desperate situation.
“The problem is that some of these village heads were just illegally handpicked to lead. Some even used cattle to get those positions. They are fully aware that the revival of the Mpapa chieftainship is a disaster for them as they are going to lose those posts. They are auctioning State land as part of efforts to amass wealth by any means possible while they still have a chance,” said a source.