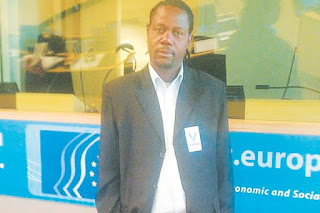 Masvingo has a new residents’ organisation; the Masvingo Service Delivery Residents and Ratepayers Association (MSDRRA) formed apparently to fill the gap being left by the ‘partisan’ conduct of the two organisations that have been present for some time.
The new organisation boldly announced its arrival on the scene on Tueday, January 12, with a radical press release against poor service delivery.
“This association is formed to fill the gaps left by some partisan associations who (sic) have neglected their mandate of sufficient and adequate representation of residents regardless of political affiliation. MASDRRA is being formed because of the need to ensure adequate checks and balances are executed for our city council and that we strengthen the needs and demands of rate payers.
“The mandate of MASDRRA will be to reach out to all neglected ratepayers and ensure that their rights are equally represented in line with our Urban Councils Act,” the welcome because it puts the interests of ratepayers first.
“We do not want spendthrifts at the city council. Why would they demand such expensive smartphones from the council coffers?
“They get salaries that are hefty enough for them to buy the smartphones at their own expense. If they are sincere, they could have chosen cheaper phones.
“The word these days is austerity for prosperity so why would a public office holder want to waste money like that?” said Mtimba.
He said council should rather buy a new water pump and new refuse trucks.
“The city council is unable to give water to its residents especially those on higher ground. The water problem can only go away if a new pump is purchased because the current ones are always breaking down. Council also has only two refuse trucks servicing the whole city and that has to change,” said Mtimba.
An Apple iPhone 7 has 256 gigabytes (GB) of internal memory and costs a whopping US$3 088 while a Samsung Galaxy S9 which has 64 gigabytes (GB) of internal memory costs US$2 708.