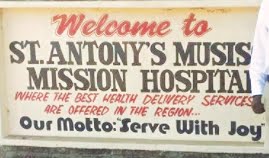 ZAKA – Patients at the Catholic run Musiso Mission Hospital say they are being asked to buy fuel for the ambulance when they are in need of its services, TellZim News has learnt.
Patients who spoke to this publication said they were shocked that the institution was asking patients to buy fuel on their own for the ambulance when they are supposed to use it for free or pay a fee for the service not to buy fuel.
“We are now hiring the ambulance, they tripled the money which we used to pay for the ambulance and if you are unlucky they will tell you that here is the ambulance but there is no fuel so you have to buy it.
“I was asked to send the money via Ecocash to the ambulance driver and he drove to Masvingo without going at any fuel station meaning that I was buying fuel that was already in the ambulance,” said one victim who refused to be named.
Another victim concurred and said hospitals have prepaid accounts at fuelling stations so they are paying for fuel that has already been purchased.
However, the hospital matron Dorothy Makuvise refuted the allegations saying people pay for ambulance services at the hospital if there is need and do not buy fuel themselves.
She however said the incident, if there is any, may have happened during the fuel crisis days where even other bigger organisations had no fuel.
Share !