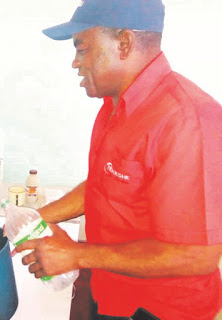 RUSAPE - Vendors in Rusape have bemoaned the continuous harassment and confiscation of their wares by Rusape municipal police and other members of the security services cluster, saying the war on vendors was destroying livelihoods.
Last week Monday, vendors at Vengere Bus Terminus and in the Rusape CBD sought audience with opposition Member of Parliament (MP) David Tekeshe whom they implored to intervene on their behalf.
Dozens of desperate vendors circled the MP and aired their sorrows and everyday battles to survive, and the he took five of their representative for an engagement meeting with council. Junior council officials, however, refused to entertain Tekeshe, saying he should consult with the town chairperson who was, however, not available.
This is the second time Tekeshe felt he had not been treated fairly by Rusape Town Council officials.
“First it was their boss Solomon Gabaza and now his subordinates. I first approached the town secretary as a resident and he showed me arrogance, now I have approached the council as an MP, still they don’t recognise my role in this constituency,” said Tekeshe .
He said the harassment of vendors was not the solution as people were struggling to take their children to school and put food on the table.
“I request that council should build proper vending sites for these people rather than to grab their products and rob them of a chance to earn an honest living,” said Tekeshe.
The Rusape local authority often requests manpower from the Joint Operations Command (JOC) to clamp vehicles as well as to chase and harass vendors.