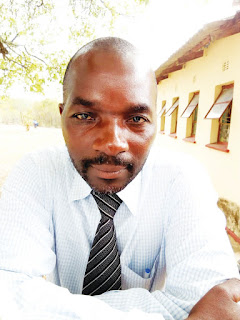 With the cost of living soaring almost daily and the majority of the population redundant, education has become one of the dearest forms of investment to have burdened the common man. With the cost of living sky rocketing and going beyond the reach of many, educational resources such as books, uniforms and fees are becoming too dear to secure for the generality.
Most boarding schools this year are charging between $800-00 and $1200-00 termly in fees. Working with the maximum, it means $1200-00 x 3 =$3600-00 yearly. This is minus uniform fee for form ones which ranges between $300-00 and $500-00. On top of that, most boarding schools create monthly visits where parents/guardians visit their children with groceries purportedly to supplement boarding food. Translated to monetary value these visits cost not less than $300-00 monthly including transport: $300-00 x 3 = $900-00 termly. Multiplied by 3 it gives $2700-00 yearly. $2700-00 in food plus $3600-00 in fees gives a parent a maximum bill of $6300-00 per annum.
Upon graduating after Advanced level, the child proceeds to University to undertake advanced academic and/or professional qualifications. A university has two semesters. At $700-00 at most for an undergraduate per semester, the tuition translates to $1400-00 per year. Food and accommodation added, the student ends up paying between $2000-00 and $2500-00 per annum.
A master’s student pays nearly $100-00 per semester which translates to $2000-00 per year. Even if the cost of other resources such as lap tops (which are bought at the beginning of the first semester first year), at colleges/universities, the high school learners bear a heavier weight than a master’s student. The university student is likely to bear a cost of $3000-00 yearly, all other resources considered.
Considering the above estimate figures ($6300-00 yearly for a form 1 learner and $3000-00 yearly for a masters student), the agonizing conclusion is that it takes two masters students to equate with one form 1 learner at an ordinary boarding school.
Now many questions abound! The tenacity of the fact is that well begun is half done. A well catered for learner is likely to begin well and end highly. This ideal, juxtaposed with the harsh realities of the economy, makes one wonder how the struggling parent community should fairly provide for their loved children. What then does it mean? Is it a re-invented bottle-necking system whereby those who cannot afford quality secondary education should go for quantity but under-provided upper top education? How will learners meet and compete favourably at the apex when their bases are that different?
Or, another unfavourable but fundamental question: which charges are favourable and upon which benchmark?
Many questions of similar nature point to the priorities that our ministers in the Ministry of Primary and Secondary Education have been taking: an imbalanced grooming of learners. It has always been baffling the mind! Let us reminisce from as close back as the Chigwedere era: school uniforms! That is what we remember him most for! How did this thrust on similar school uniforms aim to balance the exposure of learners to same or equal education facilities? Now, so recent is the new/updated curriculum. The tasks and projects can well be remembered for choking learners more than they enlightened them!
The most basic point is access. Access is made possible through some of the resources like fees. Affordability of education the base is what is basic.

The writer is a school head and PhD candidate.
Share !