The story behind St Anthony’s excellence 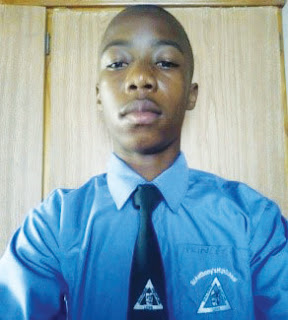 ZAKA – For the Catholic-run St Anthony’s Musiso High School, excellence is a tradition that has defined the larger part of its glorious performance over the years.
The school recorded a 99.6 percent pass rate in the November 2018 ‘A’ level examination, one of the highest score for all schools in the province.
Of the 106 pupils who sat for at least two subjects at ‘A’ level, 75 of them recorded 10 points or better.
In History, Additional Maths, Building Technology and Design, Literature in English, Crop Science, Economics and Family and Religious Studies, the school recorded a clean 100 percent pass rate.
At ‘O’ level, 65 pupils scored five As and above, with one pupil Prince Matekera scored 11As. Five pupils had 10As, while five more had 9 As. A total of 18 other pupils managed to get 8As, 11 had seven As, 10 had 6As and 15 had 6As.
St Antony’s Musiso High head, Joram Mawana said the school’s success was a result team work, effective communication and discipline on the part of both teachers and the pupils.
“Our success is hinged on team work, dialogue and above all the disciplined disposition of all learners, staff and administration. Everybody has a strong desire to do well and set the bar high,” said Mawana.
He praised parents and guardians for their commitment to the development of the school and its growth as a place of academic repute.
“The administration works closely with other stakeholders like the school development committee and education authorities as well as the responsible authority. We have an excellent relationship with the community that hosts us, and that explains our good reputation,” Mawana said.