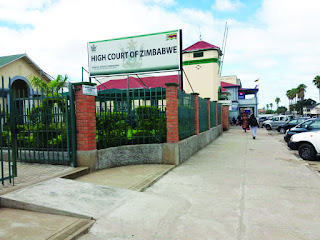 Supreme Court judge Justice Paddington Garwe has said the High Court in Masvingo was a busy court that needs more judges to be able to efficiently do its work.
Speaking at the official opening of the 2019 legal year at Masvingo High Court building recently, Garwe, who also sits on the Constitutional Court bench, said the high clearance rate at the local High Court meant there was a lot of work being done.
“The clearance rate at Masvingo High Court for 2018 is 89 and 92 for civil and criminal cases respectively. Clearly this is a busy court and in time there will be need for the current complement of judges to be increased. I say well done to the two judges stationed here. We hope that during this year you will work even harder and reduce the backlog even further,” said Garwe.
Only two judges, Garaunesu Mawadze and Joseph Mafusire, currently sit on the Masvingo High Court bench.
The 2018 legal year opened with Masvingo High Court’s civil division having 69 pending cases and 422 new cases were received making them 491. As at 30 November only 55 cases were uncompleted.
The criminal court had 91 pending cases and 947 new cases were recorded making them 1038 cases combined. Of those, 951 cases were completed and 87 were not yet completed by the same date.
“I am advised that the shortage of office space continues to hamper the smooth operations of the court. I am happy to advice that the matter is receiving attention and plans are underway to construct a police guardroom and an office for the sheriff within the same complex. This should alleviate the current shortage of office accommodation,” he said.
Garwe urged judicial officers and various stakeholders involved in the administration of justice to work even harder so that justice is not delayed.
The 2019 legal year is running under the theme ‘Consolidating and upholding the rule of law’ a theme which Garwe said was deliberate and predicated on the Strategic Plan of the Judicial Service Commission (JSC) on access to justice.