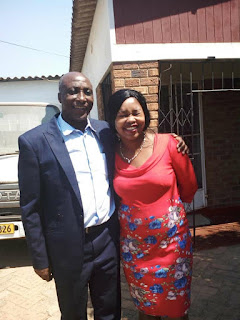 GWERU – The local football community was on Wednesday, February 20, plunged into mourning by the death of Zimbabwe Under-23 team manager, Kisdo Matsika (pictured).
The former Gweru United player collapsed at his Mkoba residence before being confirmed dead on arrival at a local hospital.
The 61-year-old Matsika started as a football player but later turned his passion to junior football development.
He was currently the team manager for the Bekithemba Ndlovu-coached Zimbabwe Under-23 which participated in the Cosafa Youth Championship in 2017.
As of yesterday (Thursday), burial arrangements were being processed.
The deceased’s daughter, Tafadzwa said they had lost a pillar and said they looked upon him for many things as a family.
“It is devastating that we have lost him. We looked up to him for many things as a family and it is sad he has gone too soon,” said Tafadzwa.
Zimbabwe Football Association (Zifa) president, Felton Kamambo posted on the local football mother body’s official Twitter page his condolence message to the Matsika family.
“All at Zifa are saddened by the sudden passing on of U-23 national team manager, Kisdo Matsika. Our thoughts and prayers are with his family and friends. May his soul rest in peace,” said Kamambo.
His death comes as the nation is still mourning the departure of artistic legends Oliver Mutukudzi and Charles Mungoshi.