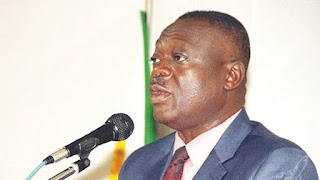 CHIREDZI - The Minister of Agriculture, Lands, Water, Climate and Rural Resettlement, Retired Chief Air Marshal Perence Shiri has written to Tongaat Hullet Zimbabwe cancelling housing leases for 29 new farmers.
Many Zanu PF bigwigs including Zaka North MP Robson Mavhenyengwa had allocated the houses to themselves and were evicting the sugar company’s employees.
They had with them leases purportedly from the ministry, authorising them to occupy the houses.
Mavhenyengwa was elected chairperson of Chiredzi Production Sugarcane Association last year after an acrimonious tribally-motivated split in the Lowveld Sugarcane Association.
He went on to spearhead the evictions before the Zimbabwe Sugar Milling Workers Union (ZSMIWU) intervened to defend the hapless workers.
“What I am doing is above board and legal, because I have a five year lease from the government. In fact, when we were allocated land here - arrangements were made that we will be given houses, so there is nothing amiss with what we are doing,” said Mavhunyengwa was recently quoted in a local daily as saying.
ZSMIWU secretary general, Rtd Major Faster Gono thanked government for intervening and cancelling the leases.
“The government made a good decision to cancel those leases that were designed to favour the selfish interests of a few. We thank Minister Shiri for his decision and the workers are relieved. He is a real leader and has shown that by cancelling leases that had been written by his own office,” said Gono.
The 29 new farmers, made up entirely by known Zanu PF members, sympathisers and other politically-connected people, are part of a bigger group that seized 4 000ha of sugarcane land from Tongaat Hulett.
They have also positioned themselves to benefit from a new empowerment project called Kilimamajaro which is being undertaken by the sugar giant.
The project involves Tongaat Hulett clearing vast tracts of land to create new sugarcane plots meant for indigenous small-scale farmers.