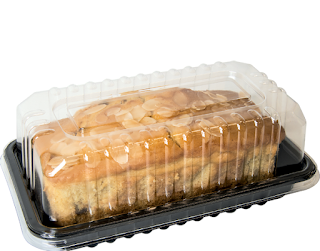 MASVINGO - Shop owners last week went into an overdrive raising the price of bread from $1.50 to between $3 and $4 even though the wholesale price had not changed, prompting the Zanu PF youth league led by provincial chairperson Brian Munyoro to intervene and force the prices down.
The shortage of bread has seen many shop owners at Sisk business centre and at Mucheke Bus Terminus cashing in on the crisis by charging exorbitant prices.
Baker’s Inn regional manager Admire Vhoko said the price hikes were mind boggling.
Members of the Zanu PF youth league took it upon themselves and engaged Vhoko who told them that their recommended retail price remained unchanged.
They then took Vhoko to Sisk and to the shops at the bus terminus where they forced shops to reduce the price of Baker’s Inn bread, much to the delight of ordinary people who also felt the price hikes were unjustified.
Munyoro said some shop owners were trying to sabotage President Emmerson Mnangagwa by unnecessarily hiking prices to make people angry and revolt against Zanu PF.
“The youth league is the last line of defence and we will rise to the occasion when we see selfish people trying to go against our party. We will not tolerate that and this is why we have decided to rescue our people from these saboteurs.
“We are not trying to control prices but we are doing the right thing because there was an outcry by our people caused due to commercial greed.
“How can a loaf, which has a recommended retail price of $1.50 be sold at $4? That is pure day light robbery and it should stop forthwith,” said Munyoro.
The provincial youth league boss also took time to address shoppers that if the price of bread is hiked they should report to the police.
“The situation in the country is tense and someone wakes up and think of adding fuel to the fire while we are busy working to find a solution to the crisis. The President made it clear that all economic saboteurs will be dealt with and we have taken the first step,” said Munyoro.
Zanu PF national youth league boss Pupurai Togarepi once said his youths were under an instruction to confiscate all overpriced goods from all shops.