Home » Local » Councillors in near fist fight over audit department

Councillors in near fist fight over audit department 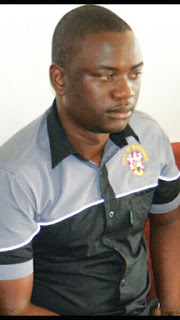 Masvingo – A fist fight nearly ensued in the Masvingo City Council chambers when ward 4 and 10 Councilors Godfrey Kurauone and Sengerayi Manyanga engaged into a heated argument over a resolution that council is supposed to create an audit department.
Mayor Collen Maboke had a difficult time trying to quell the two who were sitting next to each other.
The matter arose after Kurauone proposed to rescind a resolution which was made by the last full council, stating that the council was wasting resources and time going to see the Minister of Local Government, Public Works and National Housing with a proposal to have a stand-alone audit department.
A heated debate ensued over the issue with the majority of councillors against Kurauone until Manyanga challenged Kurauone to move a motion which could be seconded.
Manyanga started accusing Kurauone of wasting the full council’s time by not making it clear from the start that his question was just a motion.
“Kurauone was supposed to ask his question, like he has done now. He is wasting council’s time and taking us for fools. Your Worship, whenever you give him a chance to speak, give me also,” Manyanga said, seething with anger.
“He thinks he is clever and we are foolish, taking this whole house for a ride,” a charged Manyanga said.
Kurauone then stood up and told the mayor that Manyanga was on his phone during the debate, at which Manyanga interjected saying Kurauone was in South Africa when the issue was resolved and can cannot rescind something that was resolved in his absence.
“We are not fools here, we are councilors. You are the thief that is why you are opposed to a stand-alone audit department,” Manyanga charged.
The two councilors then stood up and started exchanging insults, during which Kurauone told Manyanga that the full council was not a Border Gezi camp.
“This is not a Border Gezi camp. You cannot bully everyone here,” an angry Kurauone said.
It took the intervention of Ward 1 councillor Selina Maridza to stop the two councilors from bickering, after which Mayor Maboke gave an order that the council will stand with the resolution to go see the minister of local government.