Discussions on peaceful reunification of the Korean Peninsula continues 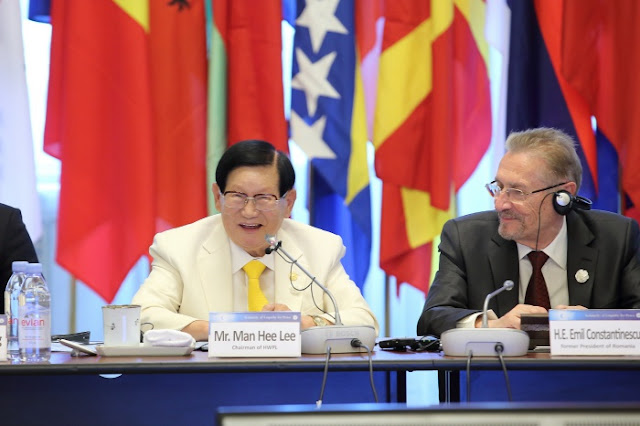 On April 1st and 2nd, 2019, the Ministry of Foreign Affairs in Romania alongside Heavenly Culture, World Peace, Restoration of Light (HWPL), the Institute for Advanced Studies in Levant Culture and Civilization (ISACCL), and Centre for Baltic-Black Sea Studies (Centre for BBS) will co-host a conference titled "The Role of Cultural Diplomacy in Approaching the Protracted Conflicts - Culture of Peace through Understanding the Other"

The conference is the result of continuous international exchanges between Eastern Europe and South Korea at a civil society level.  In May 2018, various leaders gathered at the House of Parliament in Bucharest to discuss mutual developments of peace building efforts to gather support for reunification of the Korean Peninsula. “The great humanity conversation must now be encouraged so that the larger and larger groups of people can develop free flocks of ideas and knowledge worldwide. This vision can be developed only if representatives are able to act as plurality of voices, questions and desires of billions of people participating it,” said Hon. Emil Constantinescu, former president of Romania in his speech at the High-Level Meeting of Former Political Leaders in Europe last year.

According to the organizing group, this conference will focus on cultural diplomacy to "generate mutual trust and establish avenues for better communication through creating, transmitting and promoting representations of identity" with the recent history of Romania and Eastern Europe that presented multi-ethnic, inter-cultural communication as positive experiences. Participants will include former and incumbent national leaders like former President Emil Constantinescu of Romania, religious leaders, educators, women leaders, journalists and NGO leaders from European and Asian countries.

Chairman Lee’s visit to Romania is part of his 31st world tour to meet with leaders, organizations and media to garner support for the Declaration of Peace and Cessation of War (DPCW). HWPL is an international organization working in association with the Department of Public Information of the United Nations and it is committed to bringing about the cessation of war on a global scale. With its origins in Seoul, South Korea, HWPL has grown rapidly since its inception in 2013 having now established 170 branches in many parts of the world including New York, Geneva, London, Cape Town.
.