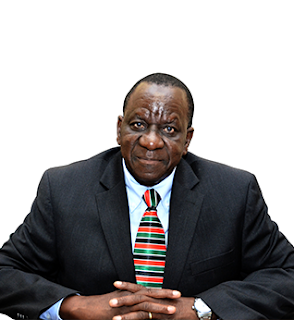 Great Zimbabwe University (GZU) has set new standards in broadcast journalism training in the country after the establishment of a state of the art radio broadcast studio in Masvingo.
The University has since applied for a broadcasting licence from the Broadcasting Authority of Zimbabwe (BAZ), a development that will see the University becoming the first ever media training institution to run a radio station in the country. This ground breaking project will provide media students and students from other Departments in the University with exposure to real-life radio broadcast experience.
At a time when the government is working on opening up the broadcasting sector to new players, GZU Vice Chancellor, Professor Rungano Zvobgo said the campus radio will be a tool that prepares journalism students for the real work environment.
“We are a university that trains journalists and we feel this station is a tool which we will use to prepare the students for the real world out there,” said Prof Zvobgo.
Besides being a training hub, the establishment of a radio station on campus is expected to provide an alternate link between the University and the community.
“We are raring to go. We have adequate content to immediately go on air once we get the licence from the authorities,’’ said Prof Zvobgo.
The Dean in the Simon Muzenda School of Arts, Culture and Heritage Studies Mr. Nicholas Mutami said the establishment of a campus radio will go a long way in linking the university with the community.
“GZU is operating under a multi-campus system and this radio station will be the link between the campuses with lecturers taking advantage of the radio to deliver mass lectures to students in our campuses.
“The surrounding community is also set to immensely benefit from this innovative project as lecturers from various schools and faculties will give critical lessons on issues that directly help the communities for example Agriculture, Health and Legal matters among others. Thus, this radio station will be the ideal medium of communication that educates, informs and entertains,” said Mr Mutami.
The Acting Chairperson of the Department of English and Media Studies, Mr Golden Maunganidze said journalism training will greatly improve as a result of this latest move by the institution.
“In a highly competitive world where the job market demands training institutions to produce competent students, the radio sector already has a good starting point. I can promise you that we are going to be number one in as far as broadcasting training in Zimbabwe is concerned,” said Maunganidze.
Apart from establishing a radio station on campus, the university has already started the construction of television studios.
“The major aim of establishing this campus radio is to come up with professional journalists and presenters who will be able to leave the University and fit well in the commercial, community and public radio broadcasting sector. There is vast potential of our graduates being absorbed by these sectors as the country liberalises the airwaves. We are also doing very well in print journalism training,” added Maunganidze.
The broadcasting sector in Zimbabwe is also bound to directly benefit from this project since the university is going to introduce a radio academy that offers mid-career short courses for journalists already practising. The radio academy will be mainly looking at areas that need improvement and come up with short courses that answer to the needs of the industry.