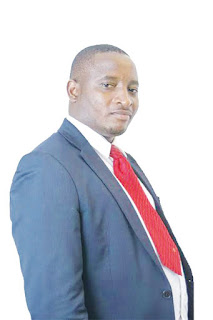 Masvingo City Council will soon engage in staff games and also join the local authorities’ national league of various sporting disciplines, it has been resolved.
The move comes at a time when other teams have already joined the national group of local authorities participating in annual staff games.
In recent council minutes, director of housing Levison Nzvura is instructed to expedite the new plans.
"The introduction of staff wellness sporting programmes in the city of Masvingo be granted and the Director of Housing and Community Services be instructed to facilitate joining the national group of local authorities on same," read the minutes.
City fathers also resolved to buy three soccer balls and a soccer kit for the new Bushmead football team, with Nzvura being directed to present a detailed budget in the next full council meeting.
"The request was approved and the Director of Housing and Community Services was instructed to submit a budget to the next meeting on the cost of introducing sporting wellness programmes across council," the minutes further read.
Council is also considering sponsoring a team in Division One in response to public requests to do so.
After a recent full council meeting, Mayor Collen Maboke promised that council will soon make consultations on whether to partially or fully bankroll a football club in the city.
"I raised the motion in our Monday full council meeting which the deputy mayor Councillor Wellington Mahwende seconded and we are making consultations on whether to fully bankroll a new club or one of the existing teams because we are lagging behind since other cities like Harare have their own teams," said Maboke.
In 2017, the local authority tried to bankroll a football club in a bid to bring topflight league action to Masvingo but the then Local Government minister Saviour Kasukuwere shot down the plans saying they were not a service delivery priority.