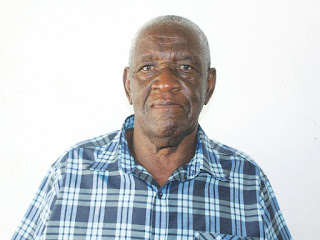 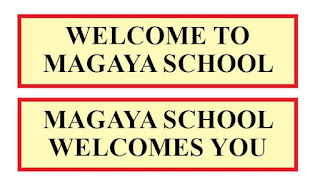 The above signs are usually erected at the school entrance. These are the signs that a new member of staff reads as he / she first enters into your institution.
As the head of an educational institution, you will always find yourself receiving new staff members into your school. This applies to both teaching and non-teaching staff. These new staff members will have been interviewed, recruited and deployed by your employer, that is, the Public Service Commission (PSC) and the Ministry of Education or the Responsible Authorities in the case of non-teaching members of staff.
The new staff would have had very little chances, during the interview, to find out more about the organisation and the job that he/ she will be expected to do. When he/she arrives at the station, the new member of staff will have a small idea (basing from his /her training) of what the job involves and how he/she is expected to tackle it.
The new staff member will not be aware of the new knowledge and skills that he will have to develop. The new member of staff will not be aware of the results that are expected from him/her by the institution he/she will not be aware of the problems that he will come across and how he will be expected to solve them. The member will not be aware of the people to turn to for any help he may require. The member will also be wondering about his/her colleagues` attitude towards strangers. The new member will have very little or no knowledge about the geography of the area. He/she does not know what happens here or there, who does what and why that happens here or there, who does what and why and when. The new staff member has to find out more about the school’s rules and regulations. The new member will also be unaware of the traditions in the area (this is very important issue in rural areas). The member will also be ignorant of the politics and pressures in the area. The new member will not be aware of the sort of behavior that the community expects from him / her. This is the new member who comes into your office for the first time and hands an introductory letter form the employer. He/she will be in a new and strange environment.
New members of the staff will need some thorough and well-planned orientation so as to make them competent and confident members of your team.

Do not underestimate the importance of orientation
Heads often underestimate how much a new member of staff has got to learn. The new member will have a heavy learning load during the first few weeks and months at the station. The following suggestions will attempt to highlight the important issues that the new staff member should be made aware of. The head may assign his/ her deputy or a very senior member of staff to help the new recruit.
The most important aspects that the new member of staff should know about involve the job that he/she is expected to perform. The new member should be made aware of the Vision and Mission of the institution. He/ she should be able to answer this pertinent question.

A career comes to ruin
When I was a District Education Officer in one of the districts, we deployed a young and very intelligent university graduate teacher to one of our secondary school. In an introductory note to the head it was stated that they young teacher be oriented. We later discovered that the head had not been properly oriented. During the second term, this young teacher fell in love affair with a Form 3 student. When this love affair was discovered, the young teacher was charged for misconduct. When he appeared for disciplinary hearing, he was asked why he had proposed love to a school girl. He told the disciplinary committee that he loved the girl and was prepared to marry her. He told the committee that he was unaware of the fact that he had already violated the regulations and that he had committed an offence. He told the committee that he really loved the girl and that he was prepared to suffer. The disciplinary committee found him guilty and recommended that he be discharged from the service. His career was ruined at its infant stage. Ignorance has no defense!
The head was responsible for the suffering of this young man; the career of this young teacher. In the book of Ezekiel 33:7-9, the word of the Lord states quote, “Son of man, I have made you a watchman for the people of Israel; so hear that I speak and give them warning from me. When I say to the wicked, ‘you wicked person you will surely die’, and you do not speak out to dissuade them their ways, that wicked person will die for their sin, and I will hold you accountable for their blood. But if you do warn the wicked person to turn from their ways and they do not do so, they will die for their sins, though you yourself will be saved.”
The heads should, therefore, be proper watchpersons for the subordinates so that their sufferings are not blamed on them. If the head had oriented the young teacher on the Public Service Regulations, the career of this young person could have been spared. The new staff member should be shown around the institution so that he/ she is aware of the different offices and the people who work there. He/ she should be able to find his/her way to these places.
The new member of the staff should be made aware of where he/she can get some medical attention. He / she can also be advised of where they can buy groceries at reasonable prices. It is also important for the new member to know where and how to get essentials like water. The member can also be made aware of the modes of transport used in the area and when and where they are available.
It is very important that the new member be made aware of the customs and norms of the people around the institution. There are some places where a male cannot just shake hands with any female he meets along the road. In certain areas, some types of dressing are not recommended. Induction on such issues will go a long way towards the limitation on necessary clashes.
Induction cannot be completed in one day so it should be on going. Learning by accident will not be good for the new member. It is the poor manager who expects the newcomers to pick out things for themselves. Induction should be systematic and well-planned. In the final analysis, the head is responsible for the new subordinate’s induction.