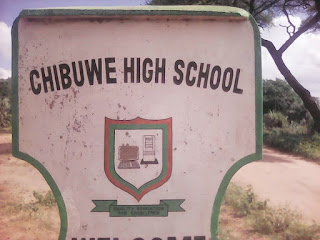 CHIPINGE - Some parents with pupils at Chibuwe High are fighting tooth and nail to have the new School Development Committee (SDC) elected on February 09 dissolved on allegations that it is made up of MDC Alliance members who rigged themselves in.
Sources said the February 09 elective Annual General Meeting (AGM) was chaotic and politically-charged, with rival camps singing and chanting both Zanu PF and MDC Alliance songs and slogans.
It was, however, the alleged MDC Alliance camp that went away with the spoils after Themba Gatura won the position of SDC chair after allegedly rigging the election with the help of Ward 20 MDC Alliance councillor, Charles Mugidho.
Gatura is also said to have been deputy head Tawanda Chitombo and senior teacher Dakarai Dhliwayo’s favourite.
“Mugidho used threatening language and moves throughout the meeting and helped his friend Gatura to win. Mugidho has children who owe $1 500 in unpaid fees to the school,” said Shingirai Gapara, a parent from Mutorwa village.
He claimed that the school did not even bother sending invitations for the AGM, and she only got to learn about it through a newspaper article.
“They allowed all their people to get into the election room. Even well-known cattle herders with no children at the school voted,” he alleged.
Another parent claimed that Gatura and another committee member Phainus Bote were conflicted as they had running contracts with the school.
“The tenders were awarded to them with the help of Chitombo without going to tender. We suspect there is corruption happening,” said the parent.
TellZim News contacted Chibuwe High School head Gift Dhliwayo who denied that Cllr Mugidho was active in the electoral process.
“The councillor was just seated at the podium with other respected persons. It was in fact my deputy and security guards who first did the verification process for eligible voters but when people said they didn’t want them to do the job, I and some police officers took over,” said Dhliwayo.
He said he could not promise that only parents or guardians with pupils at the school voted, saying he was still new at the school hence did not new everybody by face or name.
“Some parents helped us with the verification process though no identity particulars were asked for one to be allowed to vote.
“Remember when parents vote, they vote for five people whom they want to be members of the SDC. The committee members are then joined by the councilor, the school head, deputy school head and the senior teacher in a separate meeting where we then vote for chairperson and other leaders from those five. That is how Gatura emerged as chairperson although some people might not have wanted him to be.
“For your own information, former chairperson Edmore Mugwazi had got the most popular votes but when we got into our own meeting, we voted differently and Mugwazi lost to Gatura. We went on to vote for other SDC leaders until we got the final structure that we have now. There is nothing amiss about it, it’s only a matter of sour grapes by some disaffected people,” Dhliwayo said.
Parents have, however, appealed to the Ministry of Primary and Secondary Education to suspend the SDC pending thorough investigations.
When contacted for comment, Manicaland Provincial Education Director (PED) Edward Shumba said the matter was no longer in his hands as it was now being investigated by permanent secretary in the ministry, Tumisang Thabela.
Share !