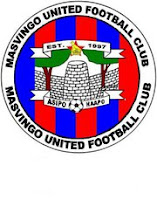 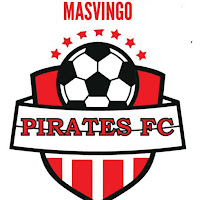 Looking at the challenges

While some may attribute the fact of inadequate funding as the main cause of the lack of premiership action in Masvingo, the fact of professionalism cannot be ruled out as the major factor.
In as much as local teams are filled with talented young, seasoned players and coaches, the local football fraternity still lags behind in terms of player and club conduct.
Use of unregistered players by clubs has caused docking of points by the football mother body Zimbabwe Football Association (Zifa) derailing local club’s race to premiership glory.
Last season, Una Una as Masvingo United FC is affectionately known, were docked three points after they fielded five unregistered players in their derby match against Masvingo Pirates.
Thedious Machawira, the Eastern Region’s football administrator, confirmed the issue saying the club had only six registered players so the points were awarded to Pirates.
"We only allowed the match to be played because people had got in to watch the game but it was a friendly match and Pirates had already bagged the three points because Masvingo United only had six registered players in their squad," said Machawira.
Suspected match fixing, playing under the influence of drugs and alcohol and failure to attend training sessions by players has all left hopes for topflight action a shattered dream for local fans.
In 2015, three Masvingo City players were suspended from training with the club after they allegedly received cash bribes from Hartley Academy through its goalkeeper's coach and former Una Una goalie Claudius Gunduza at Mucheke stadium.
City went on to lose the match 2-1 after one of the suspects missed a penalty to deny his team the privilege of restoring parity to the game, thus denying his team a chance in the topflight league.
During the Una Una and FC Victoria era, Masvingo United fans would rally behind the visiting teams and vice versa, a move which would derail the momentum of the home team considering the effect of the 12th man.
Professionalism also comes from the side of the technical team led by the head coach who chooses the squad of the day.
Professionalism can be defined in simple language as the mastering of skills in the chosen field by offering a higher degree of excellence that brings in that targeted or expected results.
In local football clubs, particularly in Division One, lack of professionalism is visible, and the teams with the most potential often employ shoddy tactics.
Basically, the performance of a club must necessarily be impressive, and players must show talent if games are to be won.
Local teams, however, are far from playing quality football in terms of the display of technique, skills and tactics. Even in the fundamentals, such as speed, strength and stamina with the ball, they have a long way to go since they seem to depend on ageing players instead of grooming young talent.
Zifa and the Ministry of Youth, Sport, Arts and Recreation should introduce sensible technical development programmes through the schools spread in the country. Groom the young talents with basic skills, especially those between the ages of 10 to 14 years. It is in these age groups that future professional stars are born and incorporated into local clubs.
The mere arrangement of school tournaments is certainly not the answer to improve the quality football professional, but training in technique, skills and basic tactics that will enhance the professionalism of young talent in school seems to be vital and beneficial to local clubs.
The entire effort should be laid on the development of young and talented footballers, equipping them with professional knowledge before they can join local clubs. Professional techniques would then come into their path at the peak of their football careers.
Few young talented players have been taken by local teams and the recycling of old players has failed to achieve the desired results.
Last season, Masvingo United coach, Wilson Chinosengwa included former Zimbabwe senior soccer team right back Godfrey Dondo as well as Tichaona Zvandasara, both in their 30s, in some of the team’s games including the Masvingo derby.
They however failed to impress because of the obvious age factor which makes those in their mid-30s and above fail to cope with game pace.
Player welfare and poor contracts also play a major role in the absence of the much-desired premier football action since teams cannot afford to lure quality players due to poor contracts.
It is, however, not too late for the local clubs to emphasise professionalism if they are ever to make a difference and lift the spirits of their fans.
Share !