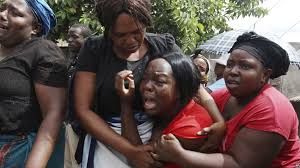 The National Transitional Justice Working Group (NTJWG) has said Zimbabwe is a deeply divided and angry nation, a reality that makes truth-telling a critical factor if genuine healing and reconciliation is to be achieved.
This and other sentiments came out on Wednesday during a Masvingo stakeholders’ consultative and monitoring meeting on the work of the National Peace and Reconciliation Commission (NPRC).
Participants expressed dissatisfaction with the work of the NPRC, saying all the commissioners were concentrated in Harare with little or no outreach being done outside of the intervention of civil society.
The NTJWG’s Tendai Tlou said it was unfortunate that politicians were making little or no efforts to facilitate closure in such tragic parts of the nation’s history as the Gukurahundi massacres and the 2008 election violence that saw hundreds being killed, raped and maimed.
“The main pillars of transitional justice include truth-telling, access to justice, reconciliation and reparations. As NTJWG, we are closely monitoring the work of the NPRC and we are not satisfied by their progress. We are also trying to engage the political power brokers as much as possible but there seems to be a reluctance to facilitate the closure that is key to genuine healing and progress,” said Tlou.
Other stakeholders said they were worried by the ambiguity that shrouds the NPRC’s constitutional timeframe since it was only operationalised in 2018.
“There is enormous work to be done yet there is no clarity as to when exactly the mandate of the commission is supposed to end. Does the 10-year lifespan that the constitution talks about run from 2013 when the constitution came into effect, or does it run from 2018 when the commission was operationalised. Those in power are enjoying this ambiguity as it allows them to tilt the scales in whatever way that is convenient to them,” said one participant.
The country’s five independent commissions came with the adoption of a new constitution in 2013, but they were never immediately operationalised as political considerations took precedence over national interest. The NPRC was only operationalised at the beginning of 2018 but it still operates without a secretariat, meaning the commissioners’ findings and recommendations cannot be effectively implemented or enforced.