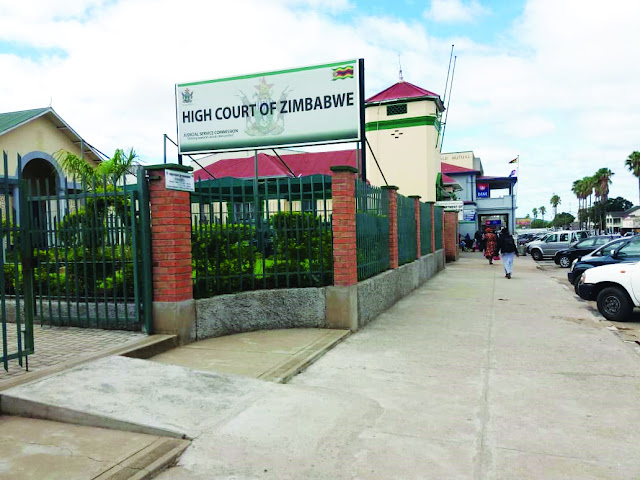 MASVINGO – The High Court last week reserved judgement in a case of alleged bias and lack of objectivity by State controlled media in the run-up, during and after the harmonised elections last year.
Justice Joseph Mafusire rejected pleas by the Zimbabwe Broadcasting Corporation (ZBC), Zimpapers, Zimbabwe Electoral Commission (Zec), Zimbabwe Media Commission (ZMC) and the Broadcasting Authority of Zimbabwe (BAZ) to throw out Veritas’ case on technical grounds and agreed to hear its merits.
Represented by Doug Coltart of Mtetwa and Nyambirai Legal Practitioners, Veritas sought an order compelling ZBC to report without bias and to give all political parties their fair share of broadcast time.
Veritas argues that Zec failed to execute its media monitoring duty as mandated by the Electoral Act, a situation it claims saw Zanu PF getting over 70 percent of positive ZBC coverage in the run-up to the July 2018 harmonised elections.
The rights, legal and parliamentary watchdog claims the biggest opposition MDC Alliance party got nine percent mostly negative coverage on the public broadcaster. Veritas bases its arguments largely on findings of a study conducted by Media Monitors – formerly Media Monitoring Projects Zimbabwe (MMPZ) – after the harmonised elections.
Represented by Evans Moyo of Scanlen and Holderness, the public broadcaster and other respondents, however, sought to have the case dismissed on the basis that it had become ‘academic’ as it had been overtaken by events due to the fact that the 2018 elections had come and gone.
They also declared a material dispute of facts in the case in reference to assertions made by Veritas in the application. A material dispute of fact arises when facts put by the applicant are disputed and traversed by the respondent in such a manner as to leave the court with no ready answer to the dispute between the parties in the absence of further evidence.
Coltart, however, argued that the case had not been overtaken by time and that it was still relevant as elections were not an event but a cycle, and implored the court to set a precedence which would ensure best media practice in future elections.
“The relief sought, Your Lordship, is still very much relevant and applicable to present circumstances because elections are not an event but a cycle. There are also by-elections that always happen throughout the electoral cycle and whatever ruling the court will hand down will have a bearing on all other elections going forward,” argued Coltart.
Zimpapers were, however, unrepresented in court as they decided did not oppose the relief sought by Veritas.
The respondents, through their various lawyers, argued that Veritas submitted a ‘skeletal’ case and dismissed the Media Monitors report as hearsay evidence based on flawed methodology.
They argued that Veritas had not revealed the Media Monitors research’s methodology in the founding affidavit thereby depriving them of a fair chance to prepare a response.
They argued that opposition parties got their fair share of coverage and that where they did not get coverage, it was not due to any bias or failure to execute duties on the part of the respondents, but a result of the parties failing to submit their programmes for airing or failing to apply and pay for advert time in terms of the electoral regulations of 2008 (SI 33 of 2008).
Veritas later decided to withdraw its submissions against Zec and BAZ after all parties agreed to bear their own costs.
Zec was represented by Tawanda Kanengoni of Nyika, Kanengoni and Partners, who represented the electoral body against MDC Alliance leader Nelson Chamisa’s ConCourt application challenging the results of the presidential elections last year.
In the run-up to the harmonised elections, Veritas started legal proceeding to force the respondents “to comply with the provisions of the Constitution of Zimbabwe relating to freedom of the media and access to information and to respect the right to free and fair elections by complying with the electoral law.”
In their founding affidavit submitted to the High Court on May 31, 2018, the organisation states that they want ZBC and Zimpapers – publishers of the Herald and Sunday Mail among others – to accord free fair and balanced media coverage to all political parties in accordance with the Electoral Act and the Constitution.
“Specifically, the Applicants seek an order compelling the First and Second Respondents to ensure that their broadcasts, reporting and other communications are impartial, present divergent views and dissenting opinions and that their editorial content is determined independently and an order declaring that failure to do so constitutes a violation of section 61 (4) of the Constitution of Zimbabwe. Additionally, the Applicants seek an order compelling the First and Second Respondents to immediately afford all political parties and independent candidates free access to all of their broadcasting services and for the Third Respondent to make regulations as prescribed by section 160G(2) of the Electoral Act to facilitate that access,” the document reads.
Veritas wanted Zec to be ordered to disclose how it was going to monitor and ensure compliance by the State-controlled media that were alleged to be biased in favour of Zanu PF in the run-up to the elections.
The organisation also wanted an order compelling ZMC and BAZ, as the regulators of print and broadcast media respectively, to render any assistance needed by Zec to perform the monitoring duty.
Veritas later submitted a supplementary affidavit to buttress its case in view of the new developments and as the elections had come and passed.
The case against ZMC was largely based on Section 160K of the Electoral Act which states that Zec, “with the assistance, at its request, of the Zimbabwe Media Commission established by section 100N of the Constitution, and the Broadcasting Authority of Zimbabwe Page 5 of 9 established by section 3 of the Broadcasting Services Act [Chapter 12:06] {No. 3 of 2001}, shall monitor the Zimbabwean news media during any election period to ensure that political parties, candidates, broadcasters, print publishers and journalists observe the provisions of this Part.”