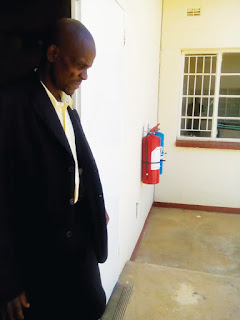 MWENEZI – An aide with Chief Chitanga’s security team was recently brought before magistrate Honest Musiiwa charged with stock theft involving a goat.
Joseph Rusenga (57) of village Kutanga under Chief Chitanga was convicted of the offense while his alleged accomplice Tiyelani Chauke (24) was acquitted at the close of the State’s case.
Rusenga was sentenced to 12 months in jail, but two of them were conditionally suspended for five years. The remaining 10 months were set aside on condition he performed 350 hours of community service at Chitanga Primary School.
In his defence, Rusenga said it was Chauke who was responsible, saying he simply accompanied him to sell the goat unaware that it had been stolen.
Witnesses, however, contradicted him and said they suspected Rusenga could be behind the disappearance of several goats in the area.
The State’s case, as presented by Caroline Pasipanodya, was that on August 22, 2018 at around 09:00hrs, the two accused persons connived to steal Emmanuel Chinyoka’s goat from the veld.
They took it to Lundi Business Centre where they sold it to Greatman Mandiva for $37 but people who knew the goat had been stolen quickly alerted the owner and the goat was recovered.
Share !