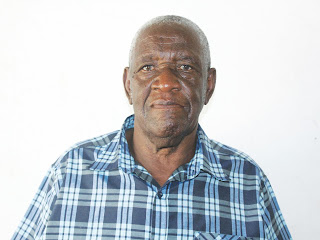 “Blessed are the peacemakers, for they shall be called the sons of God.”- Matthew 5:9
Conflict is a natural and necessary part of our lives. Whether at home with our families and friends or at work with our colleagues, conflict pervades our relationships. If your job involves dealing with people, either as a manager or an individual contributor, it is almost inevitable that you will experience interpersonal and inter-group conflict from time to time. Rather than suppress or ignore conflicts, it is to the advantage of the manager or individual member of the group to learn effective techniques to cope with or deal with conflicts.
We should not expect complete success in resolving conflict. When personal or group animosities exist between the different parties, conflict is likely to arise again. The conflict management techniques may have to be repeated time and again. In extreme situations, the only practical solution may be to physically separate the two parties. The manager or leader should not try to eliminate all conflict among subordinates but should try to resolve or manage conflict that potentially has severe negative consequences. There is a famous Chinese saying which goes: A certain amount of opposition is of great help to a person. When kites arise, they do not go with the wind but against the wind. In this case, an optimum amount of conflict improves individual or organizational performance.
What is conflict?
Conflict is the energy created when individuals or groups of people pursue incompatible goals in an effort to meet their personal needs and interests.
Causes of conflict
In order to develop an effective intervention strategy, it is important to know the general categories of causes of conflict. Here are some of the causes of conflict in our institutions:
·         Poor Communication which involves lack of information and misinformation, as well as differing views on what data is relevant, the interpretation of that data and how the assessment is performed. Martin Luther King Junior had this to say on communication: People hate each other because they do not communicate. They do not communicate because they are far apart.
·         Relationship conflict, which results from strong emotions, stereotypes, miscommunication and repetitive negative behaviour. It is this type of conflict which often provides fuel for disputes and can promote destructive conflict even when the conditions to resolve the other sources of conflict can be met.
·         Value conflict, which arises from ideological differences or differing standards on evolution of ideas or behaviours. The actual or perceived differences in values do not necessarily lead to conflict. It is only when values like religion, language and customs are imposed on groups or groups are prevented from upholding their value systems that conflict arises.
·         Differences in training and specialisation can also be sources of conflict. This happens when individuals or groups despise the type of training those other colleagues may have had.
·         Structural conflict, which is caused by unequal or unfair distribution of power and resources.  Time constraints, destructive patterns of interaction and non-conducive geographical or environmental factors contribute to structural conflict.
·         Role conflict which is caused by an overlap in the allocation of responsibilities. In this case, members may clash on whose responsibilities a certain task is involved.
·         The responsibilities will be overlapping.
·         Personal variables and value systems like racism, tribalism, religion and regionalism can also be a source of conflict.
·         Interest conflict, which involves actual or perceived competition over interest such as resources. For examples, in Zimbabwe today, we find our indigenous mines fighting over mine claims. Some have even gone to the extent of fighting over land.
·         The way a dispute is resolved or perceptions of trust and fairness can also lead to conflict.