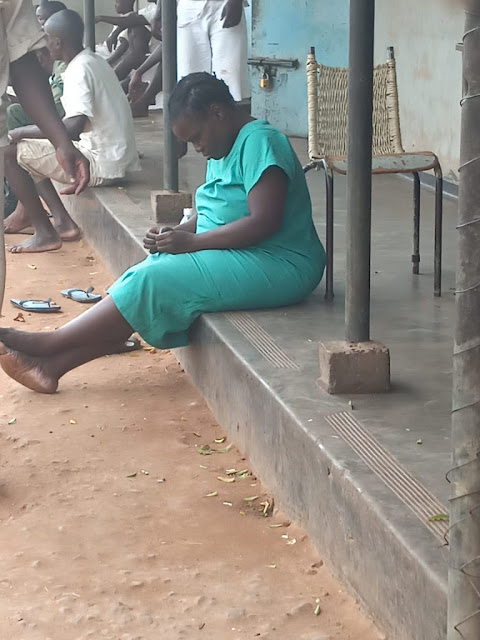 Cephas Shava
MWENEZI - A stock theft suspect is reportedly implicating some police officers in the illegal trade which could earn him a couple of years in jail if convicted.
Talent Moyo, who had been on the run after escaping from police custody last year, was recently abducted from his South African hideout back to Zimbabwe by a couple from which he allegedly had stolen cattle.
After forcibly bringing Moyo back, the couple allegedly went on to kidnap Charles Masawi, a police officer whom they suspect of assisting Moyo to escape.
The couple; Jerifanos Muganyi (48) and Mercy Muganyi (41) and their four accomplices are now in custody on kidnap and assault charges.
Moyo, however, is not out of trouble himself as he was also remanded in custody when he made his first appearance before magistrate Honest Masiiwa on stock theft charges last Thursday.
Sources told TellZim News that Moyo was spilling the beans, claiming that he managed to escape lawful custody last year with the help of some identified police officers who also kept him informed of the situation back home.
“Moyo is just a grade seven school dropout but he is acquitting himself quite well with the investigators. He is very vivid in his explanations and I see some police officers going to jail over it,” said a source.
Moyo is said to be claiming that some police officers facilitated his escape so that he would not have a chance to explain himself in court and implicate them.
“They wanted him away from the justice system so that he would remain the fall guy with no chance of the real culprits having their day in court. He is adamant he didn’t steal any cattle but he witnessed a theft; people loading stolen cattle into trucks and he got framed for it,” said the source.
Other sources said while in his hideout in Louis Trichardt in South Africa, Moyo would receive constant updates, urging him to remain in hiding as the case ‘was still hot’.
“They used scare tactics against the poor guy. They would tell him that he would rot in jail if he came out prematurely. They constantly advised him to remain in hiding while they worked to have the case swept under the carpet but they were just buying time.
“Now that they have failed to keep Moyo away, the dirty cops have employed plan B which has seen them working tirelessly to make sure that Moyo is nailed alone but if the case is given the prominence that it deserves, it would be a real bombshell,” the source said.
It is said the Muganyis are real victims of a corrupt police syndicate that works closely with notorious cattle rustlers by clearing stolen cattle in exchange for big bribes.
TellZim News understands that following a complaint over the police’s alleged involvement in stock theft; some internal investigations were launched at the station sometime last year leading to the forced transfer of some police officers.
Some victims of cattle rustling who spoke to TellZim News said they have always been suspicious of the snail pace at which their cases move at the local police station.
“What boggles the mind is that at times police initiated shoddy investigations on some cases leading to cases being thrown out of court. In many cases, investigations take for ever. Right now, we have a case of stock theft that was referred to the Masvingo Magistrates’ Court because it implicates local police officers.
‘It’s been more than a year but there is no progress as police are always said to be still investigating. People here are losing faith in the criminal justice system and that explains why the Muganyi couple took matters into their own hands,” said one victim of stock theft.