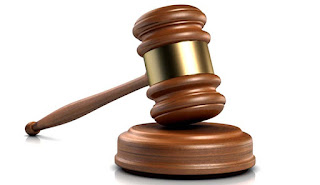 In a horror movie style which has left the community shell shocked, a Mwenezi man allegedly killed a 71 year old granny with a machete before skinning her head and gouging her eyes out.
Austin Chitema of Village 2, Chiwumburu under Chief Chitanga in Mwenezi went to Castina Moyo’s (71) homestead in the same village and brutally murdered her in broad day light.
Chitema found Moyo with her four year old grandchild while her two ten year old grandchildren were out herding cattle.
Chitema picked a machete that was lying in the compound and struck Moyo several times in the head and neck until she fell down and he went on to skin her head.
The two grandchildren who had gone to herd cattle found their grandmother lying in a pool of blood and told their neighbour Ndaizivei Dube (34) who then alerted relatives and other villagers.
The matter was then reported to the police who then came and picked up Chitema who had already been rounded up by villagers.
Masvingo provincial police spokesperson Chief Inspector Charity Mazula confirmed the incident saying Chitema was in custody and investigations were under way.
“I can confirm that we have a murder suspect in custody and investigations are under way to ascertain what really transpired and what could have been the motive for the gruesome murder,” said Mazula.
Share !