Question:  Assess the contribution of African traditional religion to the conservation of the environment. 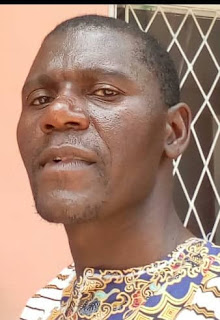 Africans view themselves as part of the environment. This web of relation is what makes Africans view the earth as their mother and themselves as her children. This means that, though God, humanity and nature are distinct concepts they are ontological categories that are interrelated and interdependent hence J. Mbiti’s position that Africans are notoriously religious. This means that they believe in everything being religious. Their environment is a sacred one that should be guarded jealously. Therefore plants, animals and other non-living beings are part of nature, which is the product of God’s creation deserving to be respected as much as human beings who are also part of nature.
The relationships between persons and nature are rooted in God as the creator of all. God's creation is a single family. This is what makes Africans regard themselves as being in a close relationship with the entire cosmos. Idowu et al posit that “Africans, especially in the traditional setting were nature-oriented.”  African traditional religion is a religion that comprises belief in the human world, the natural world and the spiritual world. These three worlds are linked. The natural world provides the habitat for the spirits and sends message from the spiritual world to the human world (as hierophanies) Haverkort, et al. For the Africans every plant, animal and natural phenomena are sacred. In order to appease the spiritual world, people performed rituals and made sacrifices. The human world has to relate to both the natural and the spiritual world. It is, therefore, along this general world view that this essay will categorically examine the attitude of African traditional religion towards the environment.
Land is important in African traditional religion; it is sacred. That is why the Shona used soil in swearing rituals. Some traditional sacrifices were administered by the practice of people biting some soil and swearing. Besides land, most African ethnic groups regarded water as a symbol of life. Watering places were approached with respect. Most of the water sources belonged to the whole community. Nobody was allowed to cultivate around these places. Trees were not cut and vegetation was kept to ensure that water was not disturbed. To protect the places and the water from being polluted, many myths, taboos, proverbs, and riddles were formulated to educate or to make people aware that those places had to be preserved. One taboo is not to fetch water from the source using dirt pots (Hari). This would cause the source to dry up. More so, people should not urinate into water because they might face serious catastrophes. These taboos were formulated to make sure that people do no pollute the water.
As a practical religion, African Traditional Religion involves many beliefs and practices, traditions and customs, which are the ways by which people express their religion. Religious values beneath these beliefs customs and traditions helped people to have a good relationship with their environment. Animals were viewed as sacred creatures of God. That is why many myths and stories used animals as main characters. They were respected as part of the whole creation. Some ethnic groups believed that fierce wild animals such as lions and elephants were just manifestations of the great power of God. The totemic beliefs and taboos helped in the preservation of some animal species. For example, the Remba people of Mberengwa use the Zhou totem. They are not allowed to kill or eat meat from this animal. They respected these animals. All this consequently helped in protecting and preserving many animals’ species and therefore the environment in general.
Many if not all ethnic groups in Africa, believed that God was the sole owner of the universe. He created it and so He automatically owns it and does what He wants with it. Awolalu (1979) posits that God owns the universe, He is immanent in it. He dwells in the universe in special places, like mountains, rocks, valleys, or trees. That is why traditionally Africans considered the universe sacred. Therefore, nobody had the right to destroy it. They believed that the power to create and destroy the universe belonged to God alone. Therefore, man had no right to abuse, spoil, destroy or squander what God has made to manifest His glory.
In conclusion, Africans have to revert back to their environmental conservation approaches that have been affected by contemporary changes, and draw from them what is proper and blend it with contemporary ways of environmental preservation. Traditional religious education is important in environmental preservation. Traditional African education has to be focused on preserving the sacredness of life and whatever enhanced it. The African system of education traditionally emphasized respect and reverence of nature which enhanced life. Contemporary Africa should borrow a drop from traditional education systems as far as environmental conservation is concerned.

The writer is a teacher at Errymaple High School in Zvishavane