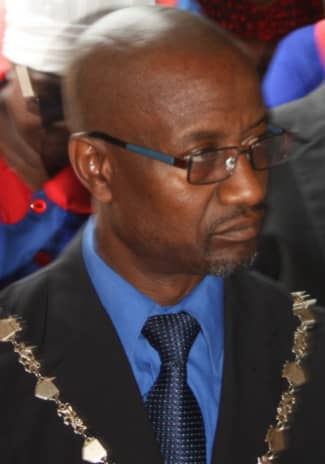 Barely three weeks into the 2019 Eastern Region Division One (D1) season, Masvingo United FC and Green Fuel FC have parted ways with their coaches, as a dark cloud hangs above the two teams that continue to fire blanks on the pitch.
Many questions about the two teams’ ability to deliver Premier Soccer League (PSL) action to their respective communities remain unanswered.
They have been struggling to pick up maximum points in their last three encounters, spelling doom to their coaches.
Shadreck Mugurasave who was unveiled as Una Una's head coach a few weeks ago, recently resigned from his post after garnering two points from three matches.
He reportedly succumbed to disagreements in the club and the fact that he had no binding contract with the club.
A leaked WhatsApp chat also raised many internal issues that could have weighed heavily on Mugurasave.
Masvingo United chairperson, Hubert Fidze said he was still to get to the bottom of the matter as to why the coach had left.
"Yes he has left the club but I am still trying to find out what really happened but there are a lot of issues. There is a lot at stake and I am going to dig and get to the bottom of it all," said Fidze.
Ezekiel Mutoda has taken over the reins at the Mucheke-based side on interim basis as the club hunts for a permanent coach.
At Chisumbanje-based Green Fuel, former Shabanie Mine FC technical director Taku Shariwa has put an end to his long-time working relationship with the club.
Shariwa cited ‘differing ideologies’ as the main cause of his departure after he helped the club to earn only one point on from three matches. The club currently sits one place above bottom-placed Chiredzi FC.
"If you can't solve a problem in a marriage then you have to let go. There was no bad blood between me and my former paymasters. It was a matter of different ideologies," said Shariwa.
However the same fate seems to be spilling into the PSL as Dynamos have dismissed their lanky coach Lloyd Chigowe for a dismal performance at arguably the country's most successful club.