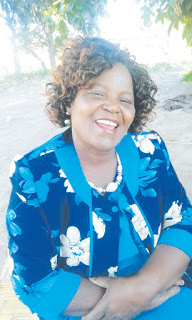 ZAKA – Relief goods mobilised by various charity organisations and individuals for victims of Cyclone Idai in Zaka West is reported to have been abused, with much of them going to non-victims, TellZim News has learnt.
Sources said the vile practice was rampant mainly in Councillor Maria Rangwani’s Ward 23 which covers such areas as Vanyoro, Mudzara and Charingeno School.
“The councilor gave the aid to people of her choice of whom few, if not none, were affected. It was supposed to be given to people who lost houses or other properties but known Zanu PF supporters like Mercy Mukotosi, Daniel Mudzara who is Mudzara village head, Patience Shumba and Thomas Mabika benefitted,” said one source.
Zaka West MP Ophias Murambiwa confirmed the case saying he had confronted the councilor over the issue.
“When I heard about the matter, I took it to the councilor since she is the one who was responsible for distribution. She however said there were people trying to soil her name as she only distributed the goods using a list of names provided by village heads.
“I am still doing investigations and those caught on the wrong side will face the music. I don’t condone such behavior in my area for it also tarnishes my image,” said Murambiwa.
Zaka District Administrator (DA) Ndeya Nyede said he had not received any report of that kind but admitted the possibility of unscrupulous councillors adding the names of undeserving people on the list of beneficiaries.
“We had a problem in Ward 19 but it was addressed. We have not heard anything from Ward 23; it is one of the wards that brought the names late and many of the targeted beneficiaries have not yet received their share. If there are genuine cases of wrong-doing, they must be raised through the proper channels,” said Nyede.