Headmaster convicted of driving without licence twice in two weeks 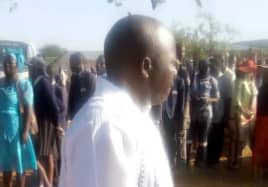 MWENEZI – Tafara Secondary School head Million Hlongwane has been sentenced to 18 months in prison for driving without a licence but he will perform community service instead of serving a jail sentence.
Appearing before Mandlenkosi Ndhlovu on Thursday, Hlongwane pleaded guilty to charges of driving a motor vehicle without a licence and failure to comply with a lawful instruction given by police after he fled from a road block.
Six months of his sentence were suspended while the remaining 12 months were also set aside on condition he performed 420 hour of community service at Rutenga Police Station starting from June 01.
Presented by prosecutor Charles Masawi, it was the State’s case that on May 21 at around 10:12hrs,  Hlongwane was driving a Toyota Passo (AET 9568) when he was stopped at a police roadblock along the Rutenga - Sarahuru Road.
After failing to produce a driver’s licence, he was asked to pull off the road but he sped off only to surrender himself the following day after his bosses told him the police were looking for him.
Last week, Hlongwane was in the same court for driving that same car without a licence, and he was sentenced to one month in prison with an alternative of paying a $100 fine.
He paid the fine and remained a free man.