'Towns should modernise to attract business' 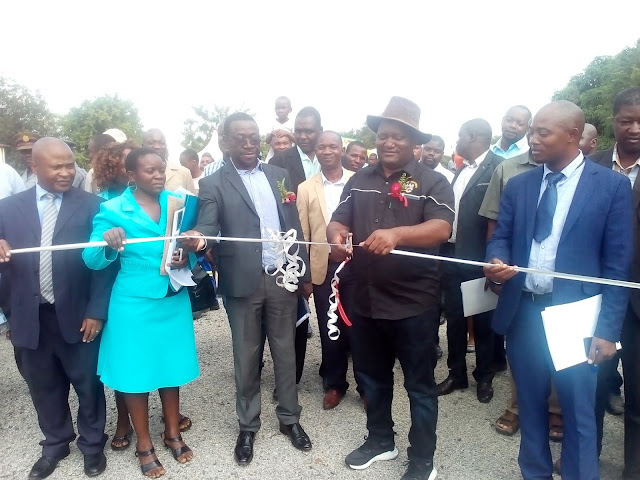 Chadzamira said construction of road infrastructure should enable council to redesign its urban landscape towards setting up a modern city.

"I urge Chiredzi Town Council and all other local authorities to have a serious desire for the creation of an enabling environment to allow businesses to grow. I urge you as council to be competitive institutions in attracting investors by improving the ease of doing business and by riding on the current legislative changes that the 9th Parliament is putting in place," said Chadzamira

"The commissioning of this road, in my opinion, is symbolic of the potential that Chiredzi and indeed Masvingo have in terms of becoming a transport and economic hub linking Zimbabwe and the region to foreign markets. Let us think outside the box and dream big as we envision the opportunities offered in this region.

He said the province had to deliver its fair contribution towards the national goal of a middle income economy by year 2030.

"We have a huge task to deliver an $8 billion dollar provincial economy by 2030 in fulfillment of the National Vision that Zimbabwe becomes a prosperous and upper middle income economy," he said.

Addressing the same gathering, Chiredzi Town Council chairperson, Gibson Hwende said their aim was the attainment of municipal status by 2023.

"Apart from the roads, council is also doing water and sewer as well as solid waste management projects as reported in our district and provincial plans. We are receiving Public Sector Investment Programme funds every year that is helping us to undertake some of these projects and wish to thank central government for that,” said Hwende.