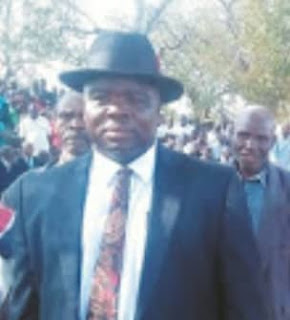 CHIREDZI - Chief Tshovani, born Hlaisi Mundau, is challenging the resuscitation of the Neromwe chieftainship in High Court through his lawyers Majoko and Majoko Legal Practitioners.
The traditional leader has filed an urgent chamber application at the Bulawayo High Court (HC2964/17), citing Minister July Moyo, Chief Charumbira, Attorney General (AG) Prince Machaya, Senator Chief Chitanga and Chief Neromwe, born Clemence Madzingo as respondents.
The feud between the two chieftainships began when government decided to revive the Neromwe chieftainship which was destroyed by white settlers during the early years of colonial rule.
Tshovani, however, was not happy with the decision which he saw as an attack on his own chieftaincy since the revival of Neromwe meant his loss of vast territory.
Chief Serima of Gutu, Chief Nemauzhe of Chivi and Chief Maranda of Mwenezi adjudicated on the arguments for and against the revival of Neromwe in 2017 while the then Chiredzi District Administrator (DA) Ndeya Nyede gave guidelines.
Former Zvimba Councillor Madzingo was then selected inaugural chief of the revived Neromwe throne and was given custody of wards 17, 26, 28 and 29 while Chief Tshovani was left with only three wards.
What followed was a fraught relationship between the two chiefs and Tshovani is now seeking an order interdicting the respondents from sanctioning the official installation of Madzingo pending the ruling on his court application.
Chief Tshovani claims he was not consulted over the matter despite that he was to be affected by whatever decision would be made regarding the revival of Neromwe.
“By this application, I seek an order that the respondents be interdicted from treating or holding out forth respondent (Madzingo) as duly appointed traditional leader and Chief Neromwe pending the final determination of an application in case number HC2964/17 which is still pending. This application is made on the basis that the institution of traditional leadership is provided for in terms of the Zimbabwean constitution,” reads the affidavit.
TellZim News saw some written documents which claim that the Neromwe people of Ndoro tribe invaded Chiredzi when it was uninhabited.
“It is said that the original Chief Neromwe of the Ndoro tribe, originated in the Ndau area in Chipinge district. Neromwe and his brother, whose name we do not know, are said to have come into the Lowveld on a hunting venture. It is said they found the area uninhabited.
“They then decided to settle in the area, and with the passing of time, Neromwe established himself as its leader. This is how the Neromwe chieftainship came into being.
“Neromwe had many sons but only four succeeded him as chief; namely Chikodyo, Chireya, Chidzivire and Chidavarume. Chidabvarume was the last Chief Neromwe when the area became a European area by 1908,” reads the paper.
The Romwe chieftaincy was destroyed in about 1908 when its territory was declared a European area. This area lies between Chiredzi River to the East and Mutirikwi and Runde rivers to the South and West. Its original northern boundary was Musiwidzi River while modern-day Chiredzi town and Triangle sugar estates were part of it.