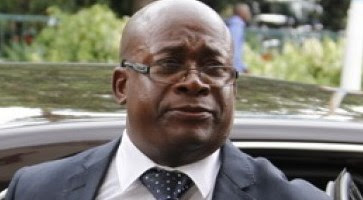 MDC Masvingo Senator Tichinani Mavetera and former Zanu PF Mwenezi East Member of Parliament (MP) Kudakwashe Bhasikiti were today humiliated after they received the least endorsement during the party’s chaotic provincial process to elect people who will be deployed to the national executive.
The two had hoped to use their somewhat rising profile in the party to get places but that was not to be as participants favoured their rivals. Former provincial spokesperson Dusty Zivave was also one of the high-profile losers.
Those who won are former MP Edmore Marima (Bikita East), former senator Misheck Marava (Masvingo), senior members Bernard Chiondengwa, Takanayi Mureyi and Margaret Chakabuda.
In the women’s wing, Mai Mangava, Mai Gwamadondo, Mai Matenga and Mai Chibhebhe prevailed.
Nothing happened in the youth wing because elections to choose the new provincial youth leadership are yet to be held. Attempts by one of the factions to push through Masvingo Ward 4 councillor and new national youth organiser Godfrey Kurauone failed after they were vehemently resisted.
Voting was done not by secret ballot but through noise-making, with candidates that received the loudest cheers from the gathering when their names were called being declared winners.
This was after the accreditation of voters was aborted following serious fighting between rival camps to control the process.
After the violence and disagreements worsened, it was announced that the event had been cancelled and many members left, but vice president Lynette Karenyi-Kore, in consultation with the provincial executive, later allowed proceedings to continue.
The divisive accreditation exercise was, however, aborted and all those that had not gone back home were allowed to participate.
“This was not a legitimate process. Many people did not vote because they had gone back home after it was announced that the elections had been cancelled due to violence. After all, how can noise-making replace secret ballot in a democratic process?” said one party member who spoke to TellZim News after people began to disperse.