Digitisation must not leave poor citizens behind, Govt warned 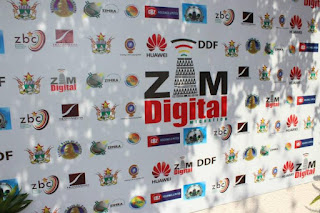 The partial rolling of Digital Terrestrial Television (DTT) migration slated for December 2019 would not be a panacea to limited accessibility of information in the country if government does not subsidise Set Top Boxes, media practitioners have said.

Responding to questions during the recently held Media and Broadcasting Conference organised by media lobby group MISA in Chinhoyi recently, the director of International Communication Services in the Ministry of Information, Publicity and Broadcasting Services Dr Ivanhoe Gurira said government will make sure the products are affordable.
Gurira also stated that the digitisation process was currently hovering slightly above 50 percent towards completion with the current austerity measures militating against faster progress.
Areas such as Kadoma, Buhera, Siyabuwa-Chitekete, Chikombedzi and Tsholotsho had not been equipped by DTT equipment by March 2019.
This will affect accessibility of the television signal should government conducts the expected partial roll-out of the digitisation programme.

In addition to that, some of these areas are currently not accessing analogue signals.

By March 2019, more than US$40 million had been used out of the US$142 million budgeted for the whole exercise. More than 40 percent of work needed to be done to complete the process.

The ministry, through Broadcasting Authority of Zimbabwe and ZimDigital, is expected to roll out awareness campaigns and adverts to market the DTT program thus chewing from the remaining US$100 million budgeted for the exercise.
Adverts aimed at promoting purchasing of Set Top Boxes were ran on state television and various radio stations in 2017 before the government had even planned to roll out the exercise.

Neighbouring countries South Africa, Zambia and Namibia saw their citizen accessing the STB at relatively cheaper prices whereas South Africa made available five million STB for free to poor households. Swaziland managed to subsidize 63 percent of the total price of the STB despite the relatively sound economic conditions there.

Many people said they felt subsidising STBs and speeding up completion of the DTT process would measure the government’s seriousness in improving access to information.

Although it is yet to be seen if the partial rolling takes place by December, the current economic meltdown bedeviling the nation demands that government makes the gadgets more affordable.
This would improve access to television and radio now that the State broadcaster ZBC has failed to repair its dilapidated analogue equipment and ensure seamless service across the country.